The winding path to chemical virtue 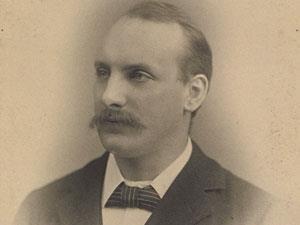 In contrast to some of our alchemical forbears, virtue is not something that we chemists often think about. Yet it is not hard to think of chemistry as a struggle between good and evil, a battle to impose order and structure on molecular chaos.

I was reminded of this while rereading Primo Levi’s The periodic table, in which elements become metaphors for events in the life of a young Jew, whose chemical training saves him from the gas chambers of Auschwitz. Among many unforgettable passages is a section on distillation. ‘I love it’, Levi writes, ‘first of all because the work is slow, philosophical and silent, giving you time to think, much as when you ride a bicycle. And then because it involves a transformation: from liquid to invisible vapour, and back again; but along a double path, at once upwards and downwards, you reach purity, that ambiguous and intriguing state, that starts from chemistry but stretches much further.’

Distillation still lies at the heart of chemistry and among the many methods to attain chemical virtue, Dufton’s fractionating column is one of the most exquisitely delicate and visual.

Samuel Dufton was born into a family involved in the dye industry in Burley. His parents sent him and his brother to Bradford Grammar School, one of the best schools in the area. Samuel soon caught the eye of the science master, Elliot Steel, whose habit of cherry-picking promising boys for his own classes irked his colleagues. Dufton won an entrance scholarship to the University of London in 1884, but was then admitted as a non-fee paying ‘sub-sizar’ at Trinity College, Cambridge, the following year. By 1892, he not only had a first class degree in chemistry from Cambridge, but also a DSc in chemistry from London.

With the end of his degree he began research work under the guidance of Siegfried Ruhemann, a German organic chemist who had trained with August Hofmann. Hofmann had recommended him to James Dewar, then Jacksonian professor of chemistry at Cambridge. An enthusiastic extrovert who – by all accounts – literally lived in the lab, Ruhemann soon fell out with the notoriously tetchy Dewar, and was forced to move to labs in Caius college. There he developed a lively research group investigating aromatic and heterocyclic chemistry, going on to spot the spectacular colour change that ninhydrin gives with amine bases. For decades the reaction would be the qualitative test for amino acids and proteins.

Dufton published a couple of papers with Ruhemann on mucic and muconic acids. Then, having secured a demonstratorship, he made a name for himself with studies of nitro derivatives of quinolone and was elected Fellow of the Chemical Society.

In 1892, he returned to his old school, where a contemporary recalled his broad smile and cheerful outlook: ‘We thought his second name, Felix, singularly appropriate.’ During this time he caught the attention of F H Acland, a leading MP and enthusiastic educational reformer, who selected him to be among the first twelve Secondary School Inspectors, a job that he took very seriously and continued in until 1919.

But his love of the laboratory never left him, and during the first world war the Ministry of Education authorised him to spend half his time with John Cobb in Leeds, then one of the leading authorities on coal and its chemistry. With Cobb, he worked on analysing the products of coal pyrolysis, at a time when even separating benzene from toluene by distillation was a tricky proposition.

In 1903, Sydney Young, the leading authority on distillation (famous for the method of making absolute alcohol by azeotropic distillation with benzene) had drawn attention to the problem of fractionation, musing on how one might maximise the equilibration of the vapour and liquid phases. Adolphe Wurtz, for example, had used a fractionating column consisting of a series of spherical bulbs (essentially an unjacketed Allihn condenser). In Germany, Walther Hempel and Friedrich Raschig had filled their columns with beads or rings. Henri Vigreux in France had studded the inside of the column with spikes. But these methods had yet to catch on in Britain.

Dufton’s solution was ingenious and highly original: he wound a thin metal wire around a rod, and inserted both into a narrow tube between the flask and the stillhead. Thus the vapour was made to travel along a narrow, spiral track between the flask and the still head. This meant it stayed in close contact with the descending liquid phase, which conveniently sealed any gaps between the wire and the glass. Because of its cheapness and extremely high efficiency at the laboratory scale, the column would become a standard in textbooks.

But until recently, I’d never tried one. I found a dozen or so glass helices sitting forlornly at the bottom of a drawer of forgotten glassware. Setting up a fractionation, I watched with delight as the vapour gently twisted its way upwards. Dufton had created the chemist’s virtuous spiral.