Hitting an eight-iron 300 times with a goal of leaving the ball within 20 feet of the pin 80 per cent of the time, continually observing results and making appropriate adjustments, and doing that for hours every day - that’s deliberate practice.’ Or so says Geoffrey Colvin, author of Talent is overrated: what really separates world-class performers from everybody else. 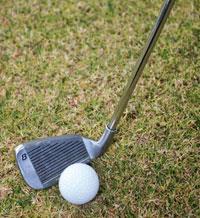 Interesting concept, although not new or groundbreaking. The reason I’m defining it here is because researchers have recently been studying how deliberate practice applies to science learning. In a recent study conducted on a group of students attending an introductory physics course at a Canadian university, participants were presented with a series of multiple choice questions on different concepts and asked to discuss in small groups before submitting their answers electronically. This was followed by a brief class discussion before moving to the next question. A control group received lectures in the usual way. After the lectures the students were asked to complete a test, and guess what? The students in the deliberate practice group performed twice as well as those in the control group.

We all know the feeling. It’s a cold and wet Wednesday afternoon and the canteen, or even the library, seems a far more attractive proposition than an hour of passively absorbing a lecture on physical - or analytical, inorganic, take your pick - chemistry. The study suggests that making students into active participants, asking them to think like scientists and tackle problems and solve puzzles collaboratively during class can change this significantly. This approach fosters motivation and engagement - with the learning process and with other scientists - greatly improving performance; it also results in better attendance within the first group when compared with the more disengaged, poorly performing cohort.

Thus, the main outcome of this research is that it confirms quantitatively what many of our readers have known for many years: that a student-centred approach is more likely to produce a better crop of scientists, and that the best environment to learn in is one of collaboration, constant challenge of one’s own understanding and continuous improvement; indeed, a learning environment that applies deliberate practice and aims to deliver a world class group of scientists.

Of course, there are always critics, and this study has had its fair share. Some have said that because the authors were involved with delivering the intervention they were predisposed to teach more enthusiastically. Does that not further add to the point? If we want to educate the next generation of scientists, and chemists in particular, to become great innovators and problem solvers, and indeed turn them into world class performers, we must not only educate but also inspire, stimulate and excite them. It is now apparent that this means moving away from the traditional models, based strongly on instruction, and embracing learning in its wider sense. At the end of the day, science is about exploration, not about learning the answers to our questions but how we get to those answers, so why not apply this to the learning process?