The relationship between chemistry and chemical engineering

’Relatively little contact,’ was how an influential 2003 review led by George Whitesides, professor of chemistry at Harvard University, reported the relationship between chemistry and chemical engineering in UK universities. 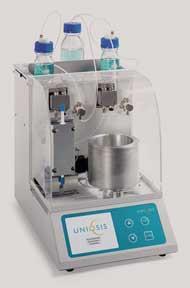 Almost six years later, the next international assessment of UK chemistry is just around the corner. And as many university scientists now appreciate, the interface between chemistry and engineering is more important than ever.

But it is worth noting that as researchers try to wean the chemicals industry off its dependence on crude oil, much of today’s most innovative chemistry requires a good appreciation of the interplay between molecular behaviour and process engineering.

The pioneers of the petrochemicals industry, working a hundred years ago, were - by the nature of their work - highly interdisciplinary. Today, chemists and engineers hoping to reinvent that industry using renewable resources in biorefineries are similarly inclined. Teasing useful chemicals out of plant sugars, for example, requires catalysts and reactors that can tackle feedstocks higher in oxygen than the industry’s current staple.

Encouragingly, there are signs that closer institutional links have been forged between chemistry and chemical engineering in the UK - though it’s some way behind the US and Europe.

These initiatives, however, are aimed mainly at the research level. A UK chemistry undergraduate might remain oblivious to chemical engineering until they reach masters or doctorate level - when adjusting to an engineer’s way of thinking comes as a shock. And a chemical engineer could go straight into industry from undergraduate research without encountering much chemistry at all.

A basic appreciation of the link between chemistry and chemical engineering needs to be embedded into undergraduate courses, along with greater sophistication at a higher level. The new initiatives at Bath and Nottingham are just the first stages in the mixing process.