You could say that this editorial is completely biased. And, to an extent, it is, as it covers new technologies and focuses on Spain

You could say that this editorial is completely biased. And, to an extent, it is, as it covers new technologies (I’m a chemist, so I’m interested) and focuses on Spain (of course, I am Spanish). However, before the accusations of impartiality start to fly, I’ll try to keep myself emotionally removed from the subject - at least for a while. 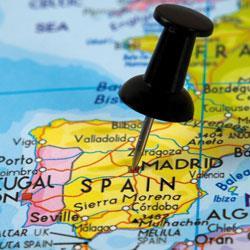 This is no easy task. There are two types of people: those who think that everything about their country is wonderful; and those that, when they hear their mother country is performing well, show a mixture of surprise and disbelief. I’m of the second type so when I recently read media reports that ’Spain is fast becoming a leader in innovation’, ’Spain is the world’s eighth largest economy’ and ’Spain represents more than 2.1 per cent of the world’s total GDP’ my immediate response was ’Really?’

Well, yes, really. It turns out that Spain is doing rather well in a number of fields involved in the design and implementation of new technologies, including, biotechnology, renewable energy and water treatment. Biotech, for example, is reported to have experienced an average growth of 20 per cent in the last five years, with a 50 per cent growth in the funds devoted to research.

One of the most successful examples of this is Genetrix, a company spun off from the National Centre for Biotechnology, and nowadays an umbrella group that includes a total of nine biotech companies and works on such varied projects as the preparation of artificial skin to adipose-derived stem cells to treat inflammation. Interestingly, the researcher who led Genetrix’s initial spin-out is Cristina Garmendia Mendiz?bal, who is now the Spanish minister of science and innovation. Just like the UK’s Lord Drayson, she is an example of a successful scientist and entrepreneur who continued to flourish in the world of politics.

In the field of renewable energy again Spain appears to be doing exceptionally well, especially in relation to solar energy where it is reported to be fourth in the world and second in Europe in the solar power market - well, we’ve got quite a lot of sun so we may as well use it. Following the Government’s target of 20 per cent renewable energy by 2020 a lot of research is being carried out into the development of next generation photovoltaic cells and concentrating solar power systems, with Spain boasting the first commercial central receiver system in the world. In terms of wind energy Spain is reported to be the third largest market in the world. Impressive.

In relation to water treatment, Spain is the fourth largest user of desalination technology in the world - following Saudi Arabia, Kuwait and the United Arab Emirates - with more than 700 plants that each day produce enough sustainable clean water to satisfy the needs of 8 million consumers. It comes as no surprise then that the global market for the design, construction and operation of these plants is dominated by Spanish companies.

So far so good. The reports are very favourable and the available data seem to confirm the aforementioned statements. However, if you are a chemist thinking of a move to sunnier shores, and feel that the biotech, renewable energy and water treatment industries in Spain are looking more and more attractive, be warned: unemployment rates are at 17.4 per cent, the highest in the EU, representing a total of 3.6 million workers. On the other hand, with the amounts of money going into biotech and a clear urgency to develop and implement a sustainable energy model - Spain is the EU country furthest away from reaching its Kyoto objectives, with CO2 emissions still growing and too much reliance on energy imports - maybe Spain is the place to go after all. I said I wasn’t going to be biased.