35 years ago, Chemistry in Britain

The centenary of the American Chemical Society (ACS) was officially celebrated in New York, 4-9 April 1976 when the Chemical Society and the Royal Institute of Chemistry were formally represented. To mark further the centenary year, Professor C C Addison, President of the Chemical Society, was host at a small dinner in Burlington House on 20 September when the guests included the Rt Hon Shirley Williams, Secretary of State for Education and Science, and the ACS President, Dr Glenn T Seaborg of the Lawrence Berkeley Laboratory.

The two countries have links with Joseph Priestley - the centenary of his discovery of oxygen in 1776 led to the founding of the ACS. Since that time there has been increasing collaboration between the two chemical societies, exemplified in recent years by the bilateral agreement on information retrieval. 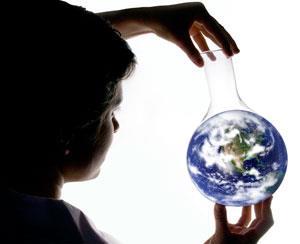 Glenn Seaborg looked forward to a World Chemical Society in 1976

In proposing a toast to ’ACS in the Bicentennial Year of the USA’, the Secretary of State referred to the need to improve the public image of science and the vital role of education in achieving this.

Dr Seaborg looked forward to increasing international collaboration between chemists and ultimately to the establishment of a World Chemical Society.

Ed. Now there’s a thought! While there is still no World Chemical Society, the International Year of Chemistry has been celebrated with a lot of collaboration between the societies.