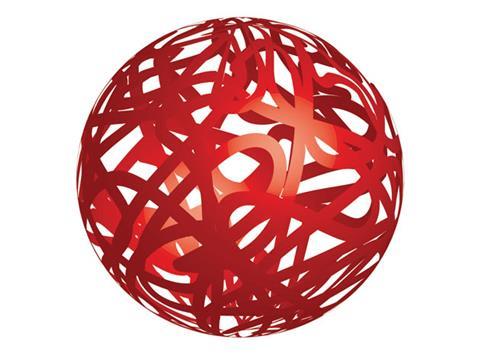 Manufacturing in the UK is not what it once was. In the early 1990s, it contributed 20-25% of GDP; now the figure stands at around 11%. But despite this decline, the UK is still 11th on the list of manufacturing nations, and it remains a key prospect for economic growth.

The chemical using industries are a prime example of a sector where manufacturing must adopt new technologies to grow. With this in mind, those industries have come together to form a chemistry growth partnership (CGP), to invest in growing the sector. Accelerated innovation is a key factor to realise this goal, but companies must also be flexible - responding to changes in customer and supply chain demands to stay competitive in the global marketplace.

Formulation chemistry is an important area where consumer demand for new and improved products, available on ever-shortening timescales, is driving the decisions multinational companies make about where and how to invest in production assets. The UK government recently recognised this with a £20 million investment in a national formulation centre.

One of the most valuable goals for formulation is minimising the amount of chemical required to give a desired result. This is about more than just enhancing the efficacy of the active ingredients; it is about directing where those ingredients are delivered. Reducing the amount of chemical gives a better product, improves sustainability, supports mass customisation and reduces the cost.

In this regard, microencapsulation has received a lot of attention recently. It was initially developed for the agrichemical sector to deliver pesticides efficiently while avoiding harmful exposure, but it became a way to improve the performance of existing pesticides at a time when the regulatory climate was, in effect, preventing new pesticide development. Later, triggers were built in to break down the microcapsule walls using light, or to break them down using basic or acidic conditions, depending on the application. These advances are now spreading to pharmaceuticals, fragrances, textiles and many other sectors - the same technology could allow, for example, anticancer drugs to be selectively released in cancer cells.

Selective encapsulation is scientifically very challenging, but high-tech spin-out companies such as Aqdot are developing technologies with the potential to make huge changes to manufacturing. Aqdot’s technology won support from Innovate UK, via its 2013 formulation competition, and was then recognised by the Royal Society of Chemistry with an Emerging Technologies award in 2014.

Flow chemistry and continuous manufacturing approaches have also been gathering momentum. They provide more control over the product, giving consistent compositions and functional properties. Translating from a batch process into a continuous one takes time and resources, and this relies on companies having the confidence to commit to new technologies. It is hard to create this environment for change and it relies heavily on the research base communicating the benefits of technology to industry in trial systems close to industry’s operating conditions.

In many companies, an innovation culture is stifled by attitudes to risk and the need to deliver short term returns on investment. Development pipelines require medium to long term strategies, especially where they involve adopting disruptive technologies. A prime example is Fujifilm Diosynth Biotechnologies introducing single use bioreactors. This technology took many years to reach maturity and gain industry acceptance, but now delivers huge benefits in industrial cell culture manufacturing.

Industry and academia don’t meet in this way regularly, but when they do, great things happen. In the UK, the Knowledge Transfer Network builds communities that create opportunities to lower the risk associated with research. This also enables dialogue between academia and industry so that innovation can be informed by industry’s priorities.

For example, the annual RSC speciality chemicals sector conference runs as part of the ChemSpec Europe exhibition, promoting discussion and problem solving around challenges faced by industry. This year’s Right on Target event in Cologne, Germany, will explore developments in targeted chemical delivery.

There are many hurdles to overcome, but the chemical-using industries have recognised that they must work together to implement change. Government policy is also recognising the voice of the CGP, and stakeholders in the innovation ecosystem are providing support.

However, one size does not fit all, and so navigating the pathway to success must be approached with a clear vision in mind on short, medium and long term objectives with commitment from all parties. Individual researchers, groups of academics, national centres of excellence, industry research teams and manufacturing companies all have their roles to play and must collaborate to take advantage of these opportunities.