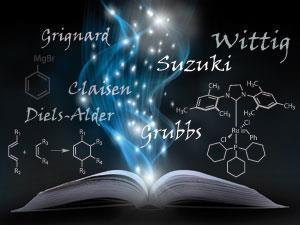 What does cancer drug discovery need? How about an extra thirty billion dollars? Would that help?

This is only partly a theoretical question. No research proposals, please. I don’t have the thirty billion myself but a recent proposal by MIT professor and hedge-fund manager Andrew Lo has exactly this aim, and Lo wants to achieve it by a method that’s never been tried in biomedical research. His plan is to gather together as many plausible early-stage projects as possible, and raise money by ‘securitising’ their future revenues. For those who feel that life is too short to follow Wall Street lingo, this means, essentially, issuing various types of bonds whose interest payments will be met by whatever sales, royalties, milestone payments, or other revenues can be realised from the oncology portfolio.

Some readers may be thinking ‘Hmmm…don’t we already have huge well-funded organisations, that gather early-stage projects together and try to pay for everything with the few that advance? Don’t we call these things by names like Pfizer, GlaxoSmithKline and Novartis?’ A big difference, Lo says, is that these are public companies with impatient shareholders who want to see things progress quarter by quarter. The buyers of ‘OncoBonds’ (my own coinage, offered freely for future use) would be a different lot. They would be investors looking for better-yielding instruments than can be had in today’s low-interest environment, and they would be buying into a steady, long-term revenue stream, rather than looking for capital appreciation the way equity investors do. Their time horizons are longer.

Now, those readers who followed the recent financial crisis in American real estate may have questions of their own. Securitisation was, in fact, a powerful engine of that crash, as huge quantities of baroquely complex mortgage-backed securities went flooding into eager markets around the world. The process is, as Lo freely admits, almost too efficient in raising capital, and has to be watched closely. His belief, however, is that the underlying risks in a large oncology portfolio can be better understood than those lurking inside huge baskets of mixed real estate debt.

All this brings up another good question: even if it’s feasible, is it desirable? After all, money is not necessarily the rate-limiting step in drug discovery. Understanding your projects well enough to not have 90% of them fail in the clinic might be a better approach, and this financial proposal doesn’t address this at all. But then again, no one really knows how to deal with that one, other than frantically amassing biological knowledge and hoping for the best. In the interim (an interim that looks to be rather lengthy), wouldn’t it be worth having a method to allow more shots on goal? One of the biggest problems hanging over industrial drug discovery is summed up by noting that its overall return on investment looks poor compared to its cost of capital. Rather than trying to increase the former, Lo is trying to decrease the latter.

Back, then, to the feasibility question. There are some difficulties in getting a system like this working. For one thing, the investors will need to be paid some of their interest before any research-related revenues come in, so extra money will have to be raised to take care of that lag period. There’s also the question of the appetite for such bonds – how high will their interest rates have to go to attract enough takers? And the practical difficulties are non-trivial: where are these projects going to come from? (Academia? Orphaned ideas from other companies?) And where will all the work actually get done – contract research houses, perhaps? Coordinating it all will be quite a job, because there will have to be a lot of exploratory projects going on to have a reasonable chance of a few successes. This scheme isn’t trying to remake early stage research – just how it’s paid for.

But even with all these unanswered questions, I still find myself sympathetic to this idea, partly because it’s new. The existing R&D model is showing some real signs of strain, and I think we’re going to need unusual proposals from every quarter in order to improve it (or in order to replace it entirely). I’m not ready to dismiss anything that’s even partly plausible until it’s been given a try. Now to raise the money…