Every so often an observation comes along, so bizarre and so surprising, that no one knows how to measure it, let alone explain it. Volta’s astounding discovery that stacks of metal disks could generate electricity was one such moment, and it spawned a frenzy of excitement. 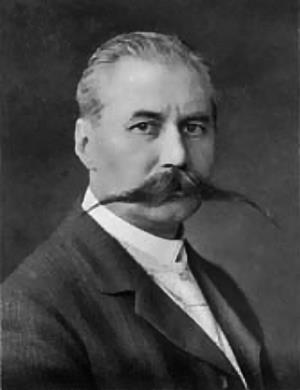 Within a few months of the report’s publication, chemists were wielding electrical currents to cleave the chemical world apart. William Nicholson split water into its elements, bringing Henry Cavendish’s work on hydrogen full circle; and, after scaling the pile up to almost CERN-like dimensions, Humphry Davy isolated the alkali metals in a series of terrifying experiments with molten salts.

It was clear that batteries and electrolysis were two sides of the same coin, and Michael Faraday established that the amount of hydrogen released, or metal deposited, in electrolysing a salt solution was directly proportional to the charge transferred.

But in spite of these triumphs, the early batteries were frustratingly flawed: if you tried to draw a significant current from them, their performance would flag, often with hydrogen released at the cathode. By the 1850s it was clear that an opposing voltage – the galvanic potential – was set up as soon as the current started to flow and this killed the power. But explaining these observations was still riddled with unanswered questions. Was hydrogen release the primary process, or was it a secondary result of metal deposition? And what was actually happening at the electrodes?

Paper after paper reported electrolysis of solutions at different concentrations and temperatures with bewilderingly varied results, prompting a profusion of hypotheses. William Thompson, later Lord Kelvin, proposed that electrolysis was governed by the heats of solution and reaction that had been measured by James Joule. But Ferdinand Braun showed the agreement to be largely coincidental. Meanwhile, the French chemist Marcellin Berthelot measured the potential at which bubbles first appeared at the electrode. Through these experiments he became convinced that salts like potassium sulfate were decomposed into potash and sulfuric acid at the electrode. To add to the confusion, everyone was using a different set-up.

Into this confusion stepped a young German chemist, Max Le Blanc, fresh from a PhD with August Hofmann. Bored with organic chemistry, he began reading the papers of Wilhelm Ostwald in Leipzig. Ostwald was on a mission to transform chemistry from a qualitative exercise in synthesis and molecular stamp collecting into a true science underpinned by mathematics. When Le Blanc arrived in Leipzig in 1890, Ostwald had been trying to understand electrochemistry with Walther Nernst. Here Le Blanc also learned of Arrhenius’ proposal that conducting solutions resulted from molecules dissociating into independent ions. The problem was how to fit all of these pieces together. 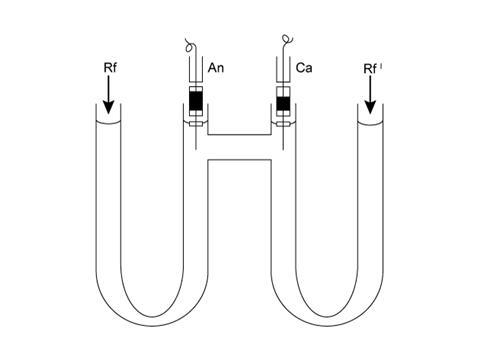 Le Blanc began to make careful measurements of the potential at which electrolysis started for acids and salt solutions. But instead of watching for bubbles, which was affected by gas saturation and nucleation, Le Blanc built a circuit to monitor the current. When the water started to decompose, there was a sudden rise in current, often well before the appearance of bubbles. But he also burnished his credentials as a physical chemist by equipping his battery with a voltage divider that allowed him to increment the potential in tiny 0.02V steps. It was not easy work – many repetitions were required for satisfactory data – but his experiments on acids and bases showed remarkable consistency: hydrogen and oxygen evolved at the same voltage for all but the halide acids. And for these, the halogen was discharged at the anode, rather than oxygen. This clearly pointed to hydrogen and oxygen evolution being the primary electrode processes.

Arrhenius disagreed, but Le Blanc dealt with his objections easily because the Swede had used mercury electrodes, which gave amalgams. Berthelot, on the other hand was furious, and ranted angrily that his discovery of a ‘fundamental new law’ had been overlooked. Le Blanc replied robustly and embarked on a second set of experiments using a variety of electrodes, but also decided to pre-saturate his solutions with hydrogen and oxygen by carrying out a preliminary electrolysis. To his astonishment, he found that the potential at the cathode now remained rock steady. He then bubbled hydrogen through the solution and discovered that any electrode now behaved as if it were in contact with its ions, leading him to coin the term ‘overvoltage’. The hydrogen electrode was born.

Le Blanc stayed in Leipzig until 1896 when the Hoechster Farbenfabrik hired him to run their electrochemistry lab. He wrote a textbook of electrochemistry, and in 1901 he was appointed to the chair of physical chemistry in Karlsruhe where another ambitious electrochemist was starting to make waves: Fritz Haber.

Arrhenius, Ostwald and Nernst may be household names. But for all their theory, Le Blanc is the name to remember for providing the fixed point, the bedrock on which electroanalysis and pH would be built.