You tell us about motherhood in science, Ernest Rutherford and why all roads shouldn’t lead to London

A crossroads for women

I read Chemistry World with fascination for the many avenues of chemistry it covers, and with admiration for other scientists who plug away in their particular field, sometimes for decades, before hitting its pages. However, as a mid-career female scientist I have most interest in the articles that either cover women who have made it to the top or lament the women who haven’t.

When I had my first child, almost 19 years ago, I stepped sideways professionally. Ever since I have been in a gentle professional decline, with each additional child slightly increasing the rate. I suspect many women are in the same position as me. That isn’t to say that some women don’t make it to the top – they do. However, they are the exception rather than the rule.

The interview with Lee Cronin gives a hint of the characteristics that are needed to hit the heady heights of professorship. It requires a dedication and single-mindedness that you cannot give to your career if you are the main caregiver for your family. My husband and I made the choice to have children, but with that choice comes a commitment to them. Coupled with a husband who had to move for his medical career, someone’s career had to give for the children and it was mine.

Why? Because believe it or not women and men are different. Yes, we are equal and yes, both sexes are capable of doing almost anything. However, we have fundamental differences and while there is overlap, women tend to be more nurturing and can juggle many balls, while men are better at the single-mindedness. It therefore never surprises me that there are few women at the top of their scientific fields; I am often more surprised that there are any women there at all.

To my mind, there are two ways to go. We could accept that the current structure of science generally suits men and not women – our female science graduates will forge fulfilling and valuable careers in other fields and the top of science will be dominated by men. Or we can radically change things so that employers are more willing to take on those returning from career breaks (both men and women); remove the pressure of publishing and its role in funding; and put systems in place to support scientist through career breaks before they even take them.

I stand at a crossroads where many women have stood before. My fourth and youngest child is now 13 and heading to high school. I have to make decisions. Do I remain a scientist and hold on to all that I have worked for in the past 25 years, or do I follow another path, equally fulfilling (if not more), and give it all up to pursue other interests because trying to change the gradient is just too hard? 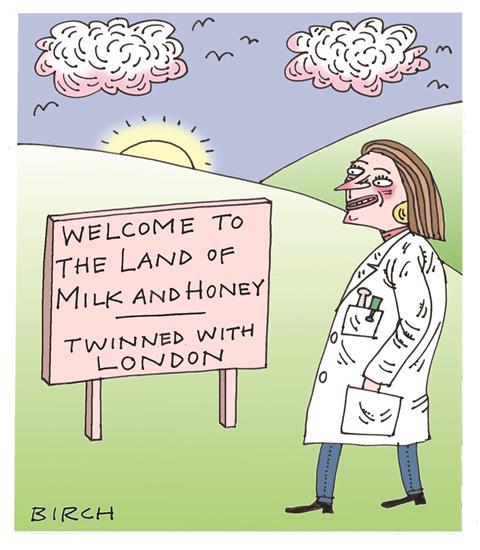 As a retired chemist I enjoy reading Chemistry World with its lively reports on current research and related topics. Your location guide series has covered some interesting places and it is good that chemists can experience the stimulation of living in different cities and countries. However, in the recent guide to north east England the advantage of living in one of the larger cities in the northeast is given as the regular three-hour train service to London. A few paragraphs later the article enthuses about trains which leave for London every half hour and there is even easy access to the M1 which speeds you back to the promised land of, yes, London.

I have lived in Kingston, Canada for the past half-century. Although road and rail access to Toronto and Montreal is good I would not list this as a primary benefit of the location – there are other attractions. Incidentally, I was born and educated in Manchester, UK. It is a city which has the huge advantage of regular and speedy train service to London and, for those in a hurry to get south, there are flights several times a day to Heathrow. What more could you want if you lived in a northern city?

Kit Chapman’s November leader quotes a statement generally attributed to Ernest Rutherford: ‘All science is either physics or stamp collecting.’

It is possible that this attribution may perhaps be based upon what was intended as a specious aside, first mentioned in a critical 1939 comment by John Desmond Bernal, who had an antagonistic relationship with Rutherford.

It is unfortunate that Rutherford, as a very careful experimental scientist, should be saddled with responsibility for this superficiality.