‘All science is either physics or stamp collecting.’ Ernest Rutherford didn’t have a high opinion of chemistry. Famously, he was never impressed that he won the Nobel prize in such a lowly discipline. For the man who gave us the proton, those lab benches just weren’t sexy enough. 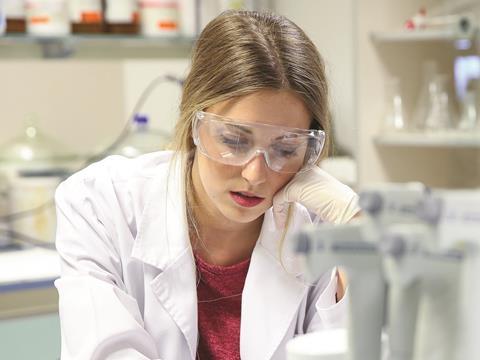 It’s a problem that persists. Last month, a survey of 186 industry professionals by Elsevier’s Reaxys found 78% of chemists felt that the discipline was unattractive because it didn’t make headlines. Similar numbers reported difficulty hiring new staff or bemoaned the discipline’s obsession with applied science as a major turn-off.

It’s all an illusion, of course. The daily work of any other scientist is beset by an equal level of mundanity to that of your average chemist. But chemistry holds the unenviable position of being viewed as ‘that required technical fiddly bit’. And too few try to dispel that myth.

For decades, chemistry communication has been on a crash course to mediocrity, afraid to take risks or say something important. It has fallen back on parlour tricks: a razzle-dazzle of goop, fire and explosions. A moment’s ‘squeaky pop’ grabs attention but doesn’t kindle a lifelong passion while someone else is offering you the stars. Wonder – that magic ingredient to spark a lifetime’s interest – is absent. Without real-world context (and I don’t mean a hailstorm of equations) any demonstration is meaningless.

Missing, too, are tales of heroes, villains and eccentrics. We don’t share them enough. Instead, chemistry chat obsesses over minutiae. The general public doesn’t care if a picture has left or right-handed DNA, and pointing out such flaws is often the scientific equivalent of correcting someone’s grammar; all it does is drive people away.

All of this is an easy fix. Chemistry just has to be more ambitious, ditch gimmicks and show how amazing its world can truly be: a world of nanocars, of crystalline intricacy, of giant magnets and frickin’ laser beams. We need to show and explain, not show and tell. There are discoveries that could make headlines: we have to use them, rather than boring an audience to sleep with calculus. Until then, Rutherford is right: we’re just stamp collecting.

Following the publication of this comment, we’ve had lots of response through social media, both agreeing and disagreeing with the article.

Of course, there are many good examples of science communication in chemistry. The article was never intended to be a blanket commentary on all efforts, but to highlight that where chemistry’s efforts to engage the public can be focused on a performance aspect, such as demonstrating a reaction, biology and physics communication is more focused on the wider picture. There is a recognised shortfall in chemists coming through (particularly in disciplines such as radiochemistry), and we need to ask ourselves why.

Zoe Schnepp wrote a very considered response that highlighted several good examples of science communication, including the Diamond Light Source. She’s right: we should be addressing how to support teachers. And David Smith had a great suggestion.

The Chemistry In Action event sounds very informative, and Chemistry World has asked if it can attend. As Smith commented, science communication is a voluntary activity for most chemists: it’s not a requirement of the job. While we should discuss the best approach to raise awareness of chemistry, the original article’s failure to acknowledge the time people give up freely to share a passion for their subject is a valid criticism of the original article.

I'm as part of the "let's blow shit up" brigade as anyone and this is very much what I said in my Faraday talk. https://t.co/0mf3iIJvX0

Andrea Sella agreed with the sentiment of the article (that we need to share the big picture when engaging in science communication) while Mark Lorch suggested we move away from bangs and tell stories (such as the chemist who saved his friends’ Nobel medals from the Nazis). Both provided links well worth investigating.

Thanks to your comments, we will be working on a follow-up piece to showcase good science communication and explore ways to inspire the next generation of chemists.