It was interesting to read Matt Brown’s article on the liaison between Tamil Nadu Agricultural University and Cornell in terms of developments in agricultural science (Chemistry World, August 2010, p73), but the article might have given the false impression that Britain lags behind the US in providing training to developing countries.

One of the largest, if not the largest, degree awarding institution in agriculture and related subjects in the UK is Harper Adams University College in Shropshire. In 2007, 2008 and 2009 it was named University College of the Year inThe Sunday Times  University Guide and is highly regarded for the quality of its teaching and its applied research related to rural development.

Currently, it has two principal joint undergraduate degree courses with Beijing University of Agriculture, in international business management and in food quality and retail management. One of the principal focuses of the latter programme is on the quality and safety of food, and it is producing graduates to work within the Chinese agri-food supply chain where food safety issues have gained both national and international attention. 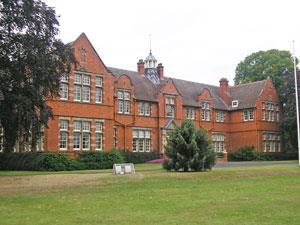 The intention is to develop joint MSc courses with these universities in sustainable agriculture, and also to identify collaborative research opportunities in agricultural and food sciences.

I am sure that there are other cooperative agreements between British universities and institutions in developing countries, perhaps these need to have a higher profile.

I was surprised to read in Vodka’s molecular cocktail  (Chemistry World, July 2010, p30) that American and Russian scientists were studying the molecular structure of vodka to find what made it smooth and what might explain vodka taste differentiation, as I’ve long thought it well accepted by most vodka-drinking-chemists - from either country - that it is the presence of diacetyl (Iupac: butanedione or 2,3-butanedione), a natural byproduct of fermentation at low levels, which gives ethanol its slipperiness or smoothness in the mouth, and that the presence or lack of same that contributes to its taste; as does the presence or lack thereof of another byproduct of fermentation in ethanol, n  -propanol. After a second swig of piz neachea voda [the water of life], I wonder if it really makes any difference.

I enjoyed the historical profile on Frank Boys (Chemistry World, August 2010, p56). Towards the end of the article the author noted that ’For all his achievements, Boys never attained a professorship’. The idea that research excellence equates with a chair is a relatively recent expectation that coincided with the proliferation of personal chairs in the mid 1970s and thereafter. Before that time, it was quite common for there to be only one professor in smaller science departments - including, for example, the department of physical chemistry at Cambridge. Indeed, this scarcity led talented individuals to move to the ’provinces’ from the major centres at Cambridge, Oxford and London, so enriching departments outside the major cities with many FRSs. However, many individuals chose to stay in their departments and many achieved international reputations.

I enjoyed reading your article on Boys. I am glad you talked to his friend, George Hall. I think you got him right!

I much enjoyed the article by Peter Borrows (Chemistry World, August 2010, p80) on the etymological histories and subsequent inconsistencies of certain chemical names. The author ends his article by commenting on ’helium’ rather than ’helion’ being used for the noble gas first discovered in the sun by Sir Norman Lockyer in 1868. I can add an anecdote to this.

Sir William Ramsay discovered terrestrial helium in 1895 and wrote to Lockyer on 29 April 1895 suggesting altering the name to helion to be consistent with the word endings of the other noble gases. Ramsay actually wrote ’I don’t like to make the change unless I obtain the consent of the original suggester of the name’, implying that he imagined it to be almost a formality that Lockyer would agree. However, he underestimated Lockyer’s stubbornness and the fact that, not being a chemist, he failed to appreciate the importance of systematic naming of chemical species. As far as I am aware, Lockyer never responded to Ramsay’s polite request and ’helium’ remains to this day.

The most important fact to emerge from the laborious discussion by Peter Borrows (Chemistry World;, August 2010, p80) is that the spelling ’sulphur’ has been the accepted one for about five hundred years. Spellings evolve naturally over time by common usage, by error and by the application of derivative etymology. However, every few years there seems to be another attempt by some obsessive group to ’simplify’ spelling. This movement has been particularly notable since the time of the lexicographer Webster, but has been periodically resurrected by people such as George Bernard Shaw. Even the most cursory examination of written English reveals that the only result of this meddling has been the generation of more inconsistency and confusion. Each new ’improvement’ causes further departures from the guiding principles relating spelling to pronunciation.

Following the decision about the spelling of sulfur, perhaps Iupac should be trying to persuade the American Institute of Physics to become the Institute of Fysics (or even Fizix).

Ed. These letters (only a selection of those we have received) mark an end to this discussion in the CW letters page. Anyone keen to continue the debate is invited to comment at the   Chemistry World blog

The article Too many chiefs, not enough Indians? (Chemistry World August 2010, p8) really resonated with my career experience.

As a post-doc with ten years of post-doctoral experience and currently between research posts, I can empathise with the idea that highly skilled staff are being discouraged from pursuing a career in university research.

I carried out my doctoral research from 1990 to 1994 and was fortunate enough to hold a Wellcome Trust Prize Studentship for the duration of my work. However, my doctoral studies were interrupted by a brain haemorrhage in 1992 and terminated by a second haemorrhage in late 1994 (luckily shortly after I had viva’ed and been awarded my doctorate). I was diagnosed with a condition called Moya Moya - which in short means that I have very fragile blood vessels in my brain.

Sadly for me, this means that I can never be a research leader, because I have been advised not to travel by air. Obviously this is a major obstacle to me gaining the ’global reputation’ that so many Universities insist upon when recruiting academic staff. My disability also means that I am less able to cope than others with the ’macho hours’ culture that seems to thrive in British Universities. Consequently I have a rather varied and fragmented career, having had to move around career disciplines just to stay in the scientific workplace. Unfortunately for me I managed to adapt to new disciplines so well that most of my early career was spent at one University (though in several different departments) - York, the place where I did my doctoral study, and now I am reluctant to move elsewhere as my entire life is here. Also this has worked against me getting a job elsewhere as potential employers are sceptical about my willingness to relocate.

With expertise in a wide variety of computational chemistry techniques, bioinformatics and machine learning as well as computer programming and web development skills, I feel that I still have a lot to offer. Instead I am currently working as a part-time administrative assistant (which is far from fulfilling work) and earning around ?5000 per annum, which I consider a very poor reward for the years of experience that are currently going to waste. I have applied to do an MSc by Research to try and break myself into yet another new discipline in the hope of kick-starting my career in a new field of endeavour.

I wholeheartedly agree with the UCU position that ’the default position should be some form of permanent contract’. It would mean the world to me to be able to stay among the people who give me such valuable support in coping with the effects of my disability and to do the fulfilling and intriguing work that I have trained so long to do.

Are we chemists or hairsplitters? I am profoundly depressed that a fellow chemist, dedicated to a crucial area of knowledge and convinced of its utility to humankind, would cut himself off from our joint forum, Chemistry World, not over some fundamental scientific error but over the spelling of ’sulfur/sulphur’ (August 2010, p42).

How should the word be spelt? It comes from Latin and my Cassell’s (1887) gives ’sulfur’ as the preferred spelling. The -ph- form became more common in Britain in fairly recent times, perhaps in the mistaken view that it was of Greek origin. This begs the question of why phi, a single letter in Greek, is transliterated as ’ph’ in English, adding nothing but extra work (and perhaps a feeling of superiority).

Let’s worry about something important!

Ed. The eighth edition of The Concise Oxford Dictionary of Current English gives the following definition of acronym: ’n. a word, usu. pronounced as such, formed from the initial letters of other words (e.g. Ernie, laser, Nato).’