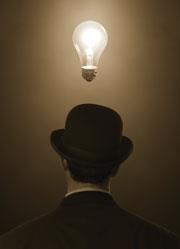 There are always those who argue that it was better in the good old days. Things were simpler then, and instruments had a direct quality, which made them easier to understand, simpler to maintain, and more reliable. Today, it is said, the rise of the ‘black box’ has divorced students from the phenomena they are observing, interposing a barrier between them and the science they should be learning.

Among the first black boxes was a simple device invented by Marcello von Pirani to measure low pressures. Marcello’s father, Eugenio, was a composer of some repute who had emigrated from Italy to Germany after unexpectedly winning a competition to become professor of piano at a conservatoire in Berlin.

Marcello studied physics at the Technical University in Berlin-Charlottenburg. After studying for a PhD, he joined the Siemens & Halske lamp company. It was an exciting time to be in lighting. Although Auer von Welsbach’s ceria-thoria gas mantles were still around, carbon arc lamps were being used for street lighting. But Joseph Swan and Thomas Edison’s incandescent carbon whiskers were also in contention. This progress had been aided by Max Planck’s revolutionary quantum theory, which shone like a beacon through the previous confusion about the nature of light.

But carbon whiskers were extremely fragile, and the lifetime of bulbs was very short. Manufacturers were turning to metal filaments. While osmium was good, tantalum was better, although its reactivity required substantially better vacuum than before. At the time, the only way to measure low pressures was to use a McLeod gauge. While very precise, these gauges required large volumes of mercury (and inevitable spillage). Equally importantly, they were not continuous - each time a measurement was needed, the mercury piston had to be lowered to sample the vacuum, and then raised again to measure it. With some 50 of these monsters in use at the Siemens factory, what was really needed was a continuous reading device.

Pirani turned to 30 year old work by the physicists August Kundt and Emil Warburg on the thermal conductivity of gases. They noted that the rate of cooling of a thermometer was extremely sensitive to the quality of the vacuum. In 1888, August Schleiermacher had measured the thermal conductivity of various gases using a heated platinum wire. Combining these ideas, in June 1906, Pirani decided to turn one of his light bulbs into a measuring device. As the pressure dropped, the temperature of the tantalum wire rose, and with it, the electrical resistance. He soon had a working prototype that his employer quickly patented, although it is not clear that the patent was ever actually granted. Pirani would later laconically observe that the thermal conductivity method was nothing new, but his success won him considerable admiration. 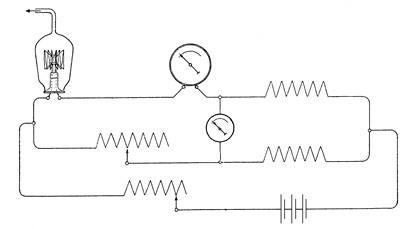 In 1914, he found time to write a key treatise about nomograms, the geometrical diagrams used by engineers and scientists to answer complex numerical problems without having to solve the maths analytically. The book was reprinted several times, and ran to three editions. In these days of infinite computer power, how many people even know what a nomogram is any more? The only one I’ve seen recently is tucked away at the back of the Sigma-Aldrich catalogue, relating distillation temperature for liquids to pressure. How long before it too vanishes, I wonder?

When, in 1919, the three leading German light bulb manufacturers pooled their expertise to spin off the Osram company, Pirani was appointed head of R&D. He spent most of his career on lighting, never far from the nitty gritty of research, yet always interested in fundamental problems.

Pirani’s influence on the company was everywhere. The Osram technical reports he produced would become known as the ‘Pirani Annals’. In the early 1930s, to general astonishment, his group unveiled the sodium vapour lamp, boasting an electrical efficiency of 70%. Its familiar orange glow remains a benchmark to this day.

But being a devout Quaker with a mother of Jewish descent, the rise of the Nazi party in Germany made life increasingly difficult. In 1936 he emigrated to the UK, where he worked first for the General Electric Company in north London, then as a consultant for the Coal Board and others. He returned to Germany and Osram in 1953 and continued to consult almost until his death.

The Pirani gauge - in my experience close to indestructible - was one of the first black boxes to enter our labs. It marks a decisive shift away from messy mercury-based methods. Some may carp. But black box or not, I wouldn’t trade mine in for the world.