Reflecting on the motion of compass needles 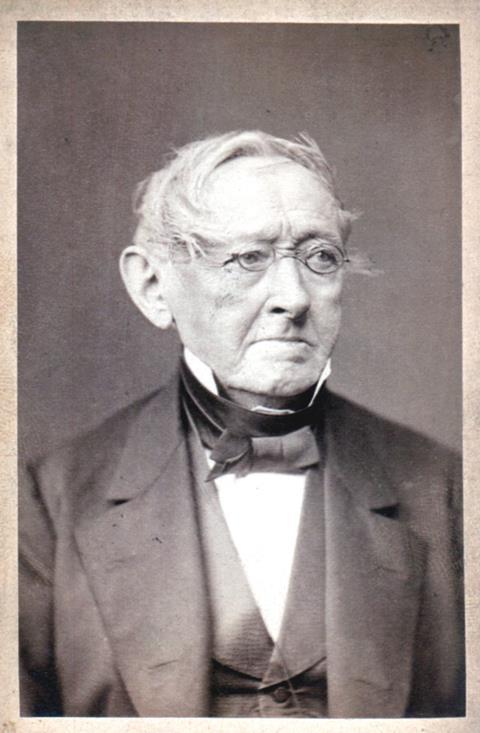 In the second century BCE, the Sicilian–Greek scholar Archimedes provided a theoretical explanation for the action of a lever, the early force amplifier that was one of key technologies of the ancient world. He showed that two weights would be in equilibrium on a lever arm if their distances from the fulcrum were in inverse proportion to their weights. With this Archimedes introduced a mathematical approach to the analysis of the physical world that would transform science across Europe when his books began to be widely read in the 17th century.

Levers could amplify not just forces, but their measurement too. At the end of the 18th century Charles Augustin Coulomb and Henry Cavendish introduced the torsion method to measure electrical and gravitational interactions. The exquisite sensitivity of the method led to the development of numerous highly accurate instruments, not least to measure the earth’s magnetic field which, rather mysteriously, did not align with geographical north.

In Paris, the French Bureau of Longitude funded a series of scientists and instrument makers to construct ever better compasses. This culminated when the astronomer Dominique Cassini combined Coulomb’s torsional method with the engraved circles that the naval captain and geodesist Jean-Charles de Borda had developed for the measurement of the Paris meridian (which defined the metre). His boussole de declinaison, which still exists, is a real wonder of instrument making. A silk thread, protected by a glass tube, suspended a magnetised needle inside a box of glass and wood. The frame also held a small telescope that served to establish the position of stars to determine ‘true’ north. But in a feat of ingenuity, the instrument-maker Henri-Prudence Gambey added an additional lens to allow the optical system to double as a microscope to read the angle from the Vernier scale on the base.

But its precision made it very fickle to use. In Germany, a young scientist devised a new approach to making such sensitive measurements.

Johann Christian Poggendorf, the son of a wealthy industrialist, was educated for a few years at the famous Johanneum College in Hamburg where Ferdinand Runge was only a couple of years ahead of him. Poggendorf’s father was ruined when Napoleonic troops besieged the city for five months in 1814, and so Poggendorf was rather unhappily apprenticed as a pharmacist for a few years. Runge then advised him to come to Berlin, where he was a student. Poggendorf leapt at the chance and started his studies in 1820. In 1824 he heard that the editor of Gilbert’s Annalen der Physik had died, and wrote to the publisher offering to take over. Astonishingly he got the post and would hold it for over 50 years, turning the journal into one of the must-reads of the 19th century.

But he was also doing science. He improved on one of the earliest galvanometers, the Schweigger multiplier, in which a coil hugely moved a compass needle inside it, inventing the screw-on brass contacts to attach the wires; the connectors became universal. Thinking laterally, he came up with an ingenious way to amplify the motion of the compass needle: using a mirror as an optical lever, amplifying the tiny twists of the magnet. 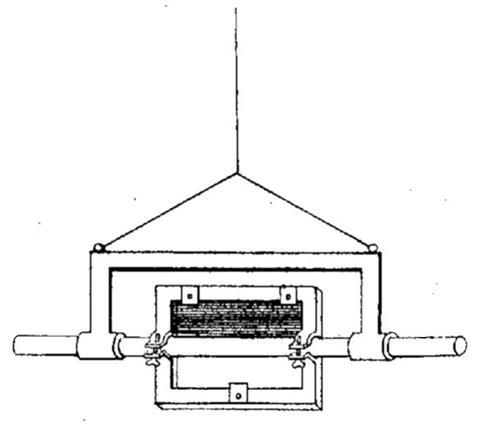 In Poggendorf’s simple magentic declinometer, a mirror and a magnetised rod, suspended from a brass stirrup, hung from a thread

He constructed a simple magnetic declinometer: a brass stirrup held a magnetised rod and a small mirror. The stirrup hung from a silk thread inside a box with a window. With the box in his garden he could make observations – precise to within 5 seconds of arc (one part in 40,000) – from the comfort of his sitting room, using a little theodolite.

In his paper, which he published in his Annalen, Poggendorf apologised for putting something so apparently trivial into the literature. But, he argued, because most buildings were riddled with iron, his outdoor device made it possible to monitor geomagnetic variations very easily in all weather. Unfortunately, his garden being in the middle of town made it impossible for him to make reliable observations because of interference from the traffic nearby.

Carl Friedrich Gauss and Wilhelm Weber began using the device in the 1840s. Then William Thomson (later Lord Kelvin) patented a mirror galvanometer in 1858 to measure the tiny currents in transatlantic telegraph cables. By shining a light at the mirror and projecting the reflection onto a scale it became possible to record the motions photographically. Variants on this device would be refined until they reached the limit of Brownian fluctuation in the 1920s. The instruments used in our department’s basement for recording spectra in the mid-20th century were so sensitive, that measurements could only be made at night when the London Underground stopped.

A few months ago, I received an email from an old friend, our long-retired head technician, Dave Knapp, a man of wit, skill and almost unlimited charm. He had something in his attic that he thought I would like. A few weeks later, a plastic bag filled with bubble wrap was delivered to my office. Inside it was the mirror galvanometer he had built as an apprentice back in the 1960s built into a mahogany housing. As Archimedes might have said, give me a lever long enough and I will make far away friends weep with delight.