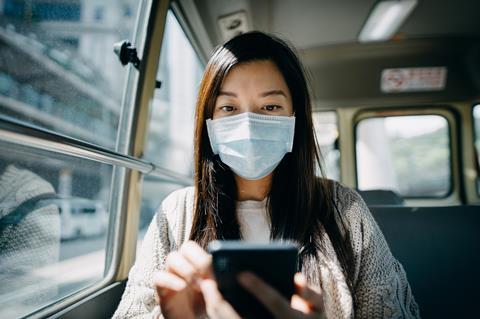 There has been nothing normal about the past few months. Lockdown measures introduced in countries all over the world have meant that most of us have been spending far more time at home.

For some this has been liberating, for others excruciating and for many somewhere in between. What’s certain is that the impact of coronavirus has been felt by people all over the world and that the granularity of these impacts is difficult to quantify.

It’s a time where we have an abundance of data and yet so much uncertainty. Deeply tragic narrative arcs are displayed in each curve on every graph tracking coronavirus deaths and infections.

There are other stories in the data of course, and creative research approaches are being employed so that we can share them – among them, citizen science.

One size doesn’t fit all

‘I think traditional research is hitting some limitations in its one-size-fits-all approach, and also in terms of not having enough resources or the right perspectives,’ says Karolina Alexiou, a citizen scientist working as part of Open Humans. ‘Citizen science can provide new avenues to all that.’

Open Humans is a community of close to 9000 members who perform ‘self-research’ by sharing personal data for analysis by the community. While some of the data shared by participants is genetic information, one of the most recent projects, Quantified Flu, relies on data uploaded from participant wearables, such as smartwatches.

The project’s genesis was in a community call with participants who were already collecting, sharing and analysing their personal data. In response to the global pandemic, they felt motivated to do something with that data.

‘Basically, people were like, what we are doing right now seems a bit pointless,’ says Bastian Greshake Tzovaras, director of research at the Open Humans Foundation and a fellow at the Centre for Research and Interdisciplinarity in Paris, France.

The community decided to shift its focus to see whether the data it was collecting from wearables could pick up on signs of infection or ill health before the wearer became aware of any symptoms.

As well as uploading data from their smartwatches or other devices, participants report how they’re feeling each day along with details of any symptoms and their severity. People who report ill health are also given the opportunity to share their self-diagnosis or official diagnosis from a medical professional if one is obtained.

As Greshake Tzovaras explains, the team is looking for data that is predictive of both general signs of infection and any differences in the signals that could be indicative on infection type.

‘We wanted to keep the project a bit broader … to allow people to track their symptoms and collect the wearable data, not only with the focus on the current pandemic but also infection more generally,’ he says.

For Alexiou, there’s something special about being a part of the Open Humans community.

‘I feel we’re truly using technology as a means to an end, so there’s no ego there about writing the perfect code or something like that – although our code is pretty good!’ she says. ‘The main driver is an interest in building something that can help us understand and find out what’s good for ourselves and our communities.’

Other citizen science projects with very different approaches have sprung up during the first few months of the pandemic. Ruth Jepson is the director of the Scottish Collaboration for Public Health Research and Policy at the University of Edinburgh, UK, and the co-lead of the CoronaReport project.

Jepson and her collaborators wanted to explore the impact of coronavirus on people’s daily lives and could see the potential of citizen science as a method for the collection of ‘real-time data of how people are thinking.’

‘We want to explore how coronavirus restrictions are affecting people’s ways of life, including short and long-term physical, social, mental, and behavioural health and wellbeing,’ she explains.

The CoronaReport app allows participants to connect and ‘exchange their thoughts and stories’ through diaries and reports. These can also be used by social scientists to better understand the variety and extent of impacts on different people.

The project is still in its early stages, but people from all over the world have already shared their stories, experiences and photographs through the app.

Jepson is hopeful that one positive outcome from the pandemic might be increased recognition of citizen science as a tool for research engagement.

‘Science needs to be democratised and the voices of real people heard and recognised,’ she says. ‘Surveys and other forms of data collection are usually created and curated by researchers, and can be very static and stiff and one dimensional. This sort of citizen science project is much more about the citizens telling the scientist what is important to them, and using their words and their photos to represent their experiences.’