The shocking start to the electrical age

In March 2017, Elon Musk, chairman of Tesla, flamboyantly proposed a solution to South Australia’s chronic power shortages in the ever-worsening summer heat. He would meet peak electricity demand by building a wall of batteries capable of storing up to 100 MWh of electricity; and it would be operational in 100 days or he would give it away for free. The news was just the latest indication of how spectacularly the economics of electricity storage have shifted in recent years. Yet the problem of storage takes us right back to the earliest days of electrical discovery, when a semi-accidental discovery by a gentleman scientist set the world on the road toward an electrical future. 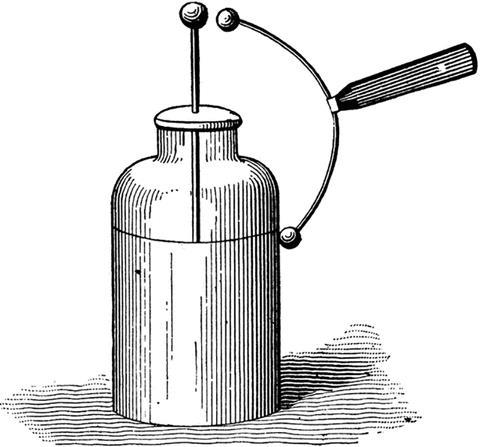 Ewald von Kleist was born with a silver spoon in his mouth. The von Kleists were one of the more prominent noble families in the Prussian aristocracy, which for generations would supply high ranking administrators and military officers for the state – almost all of them called Ewald. Little is known of his childhood, but he went to university in Leiden, Netherlands in the 1720s where he studied law and theology. But while he would later become dean of the cathedral chapter in Kamień Pomorski, Poland, he also seems to have fallen under the spell of Willem ’s Gravesande, who introduced Isaac Newton’s work to the Netherlands and quantified the idea of kinetic energy, and Jean-Nicolas-Sebastien Allamand, his Swiss–Dutch pupil. When von Kleist returned home to Pomerania he took up science as a hobby, a common pastime for educated gentlemen of the day.

The 18th century was the age of weird electrical phenomena. Building on the century-old observation that objects could be charged simply rubbing one against another, all kinds of electrical ‘machines’ had been built. Wonderful demonstrations were devised. Among the most famous was Stephen Gray’s ‘The Flying Boy’, in which a small child was suspended by silk threads and then charged up, giving off spectacularly amusing sparks to anyone who approached. Among the masters of the public demonstration was Georg Matthias Bose (no connexion with Satyendra Nath Bose who developed the quantum mechanics of even spin particles in the 20th century), whose demonstrations were particularly flamboyant and piquant – in the ‘Electric Venus’ an attractive young woman was made to stand on a disc of insulating resin and charged up. Men in the audience were then invited to come up and kiss her, only to receive a nasty shock on the lips. Then, with the lights in the room extinguished, Bose would charge up a volunteer or assistant dressed in a suit of medieval armour equipped with sharp spikes. As the voltage rose, a blue-violet corona discharge could be seen in the darkness, a ghostly effect effect that Bose called ‘beatification’.

But among the japes there was real science. Bose showed that electrical conductors could become charged provided they were insulated from the ground using suitable material. He ‘electrified’ water in a drinking glass, and drew sparks from it using a finger or, more theatrically, with a sword. It presented a contradiction: fire could somehow pass through water. In public, Bose heightened the drama by setting fire to alcohol using a spark.

His demonstration experiments caused a sensation. Von Kleist, who had an electrical machine of his own, probably wondered whether the electricity could not be stored in the liquid itself. On 15 October 1745 he filled a small medicine bottle with alcohol or water and stoppered it, having hammered a nail through the cork to allow the electricity to reach the liquid. He then touched the nail to his machine. In the dim evening light he noticed a ‘pencil of fire’ around the nail, which lasted while he walked 60 paces around the room holding the bottle. When he touched it with his finger he received a massive electrical shock that stunned his arm and shoulder – enough to make von Kleist extremely wary of his bottle. 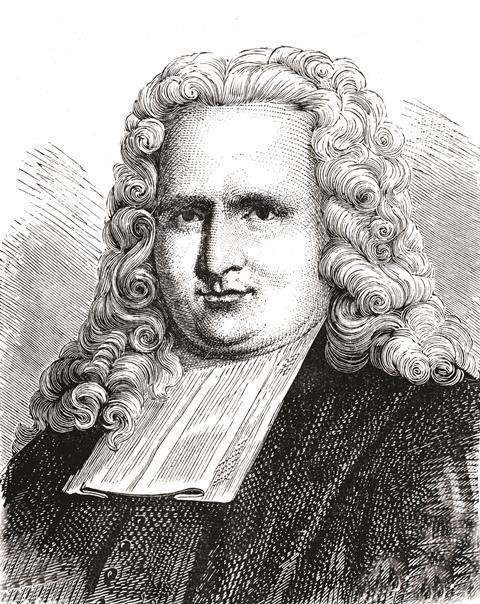 Astonished by his discovery, he wrote to several academics in Berlin, Hallé, Leipzig and Gdánsk, all of whom failed to reproduce the effect. He may also have written to university friends in Leiden, because four months later the university’s professor of physics Pieter van Musschenbroek reported an almost identical experiment in letters to the French scientist René de Réaumur. Arguments have swirled among historians about how the Leiden experiment came about. It is known that a lawyer Andreas Cunaeus, who spent his spare time with van Musschenbroek and Allamand, was involved and he is generally agreed to have received the first major jolt in Leiden.

Were the three aware of von Kleist’s work? Van Musschenbroek has been dismissed by historians as an indifferent electrical experimenter, tending to spend more time repeating others’ work carefully than on embarking on anything new. We may never know the precise sequence, but the uncertainty over priority has led to the gradual disappearance of the term Kleistian, to be replaced by the more generic Leyden (Leiden) jar – a term coined by French scientist Jean-Antoine Nollet, who translated van Musschenbroek’s work.

Von Kleist died less than three years after his discovery, probably oblivious to its significance. The ability to store charge opened up new possibilities in the study of electrical phenomena. Metallic coatings on the inside and outside of the jar improved its performance, but American scientist Benjamin Franklin in particular showed that the charge was stored on the glass rather than the metal. He also began to link them in series (‘in cascade’) to make a battery of Leyden jars. In Bologna, Luigi Galvani used the jars to make dead frogs twitch and likened electric eels to biological Leyden jars; Alessandro Volta (Chemistry World, June 2011, p58) used them to demolish Galvani’s speculations. Kleist has also been referred to, rather improbably, as ‘the father of the telegraph’ due to the role Leyden jars played in its development.

Perhaps there is some irony that, while today there has never been a greater need to store electricity, the first scientific studies of electricity were made possible by a reliable storage device. There really is nothing new under the sun.