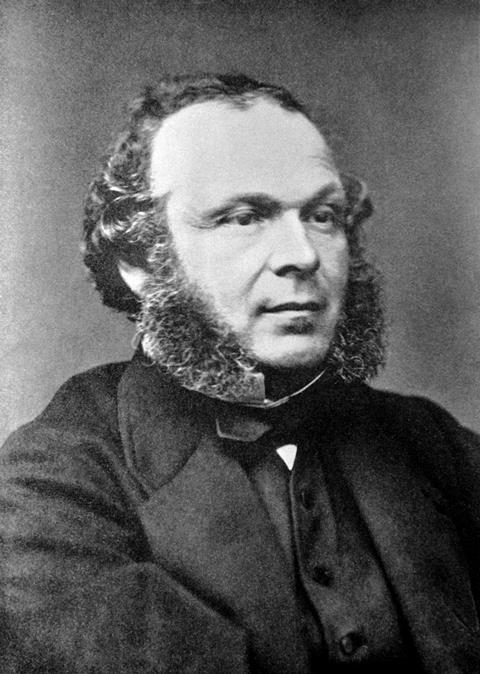 Influential Alsatian chemist and educator behind the eponymous coupling reaction

Late one afternoon while keeping an eye on students making esters in our teaching lab, a student called me over to check the set up of his distillation. I suggested he add more support for the condenser. To my secret delight he said ‘I’ll get another retort stand’, an old-school phrase that soon made me wonder how we came to distil as we do.

Distillation is one of the techniques that really connects us with our alchemical forebearers who used an alembic, two-part devices consisting of the gourd-shaped cucurbit holding the mixture, and the cap or head, with its sloping beak channeling the distillate down to the receiver. By the mid-18th century, the alembic had largely been replaced by a one-piece flask with a long bent tube, the retort (from the French word for ‘bent’). For low boiling temperature liquids, the long beak of the retort could be surrounded by a wood or metal tube through which water could be passed to condense the liquid.

But mixtures of liquids presented real problems. In the laboratory, separation by distillation using retorts required a tedious series of repeated, inefficient distillations. Commercial distillation was a different proposition. Driven by the quest for ever-stronger alcohol, spirit distillers introduced a variety of arrangements to remove the ‘phlegm’ (the less volatile aqueous material) from the distilling vapours. The dephlegmator represented a significant advance. Laboratory chemists were, however, quite slow to innovate even as they started to document boiling ‘points’. Chemists like James Young in Scotland, Justus Liebig and Friedrich Wöhler in Germany, and Joseph-Louis Gay-Lussac in France were not simply doing distillations but also making measurements, steadily moving chemistry from a sensual subject to a more instrumental one. But the measured temperatures bore little or no relation to the analytical formulas of the molecules involved.

One of the chemists who passed through Liebig’s lab in the 1840s was the Alsatian chemist Adolphe Wurtz, who helped to systematise structural chemistry. A huge enthusiast with a can-do attitude who loved working in the lab and whose lectures invariably degenerated into frantic gesticulation and shouting alongside his demonstrations, he inspired fierce loyalty in his many students. With Liebig he studied the acid behaviour of the various phosphorus oxy-acids, showing that their acidity was related to the number of oxygens, not hydrogen, undermining his mentor’s pet theory. Then he moved on to organic chemistry.

In 1852 Wurtz published a short paper in which he isolated pure butyl alcohol by distilling potatoes. He commented that the process invariably resulted in a distillate consisting of two parts, one aqueous, and a second containing a mixture of alcohols that were a nightmare to separate. The solution he described was as concise as it was revolutionary: ‘To abridge these operations, which everyone knows are extremely time-consuming, I make use of a small ball tube (tube à boules) which I attach to the round distillation flask and which permits the less volatile vapours to condense and to fall back into the flask.’ 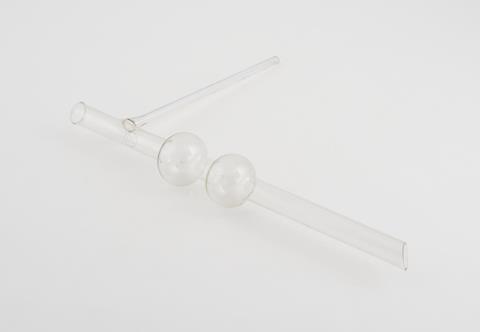 The device was a small-scale equivalent of the industrial dephlegmator. Wurtz’s arrangement also allowed him to place a thermometer in contact with the liquid at the top of his ball tube; it gave him much more precise control over the temperature at which each fraction crossed over towards the condenser. With his high purity butanol, Wurtz made a series of derivatives including the chloride, amine, sulfonate, as well as platinum complexes. The fact that the butyl or other organic group remained unaltered through these many reactions was further confirmation of Charles Gerhard’s proposal that compounds like alcohol formed homologous series. It led Wurtz to imagine that if he took halogenated alkanes, he could use sodium to link the alkyl groups together to make salt and generate new ‘double’ alkanes, in what is now his eponymous reaction.

Wurtz’s ball tube would gradually evolve into a series of ever more elaborate and utterly bizarre fractionators that, like the retort, are mostly extinct, commonly replaced by Henri Vigreux’s spiky tubes. The ball tube itself would become something of a rite of passage for apprentice glassblowers to show off the steadiness of their hands and of their breath. Felix Allihn would enclose it in a second glass tube to make a particularly effective reflux condenser. And turned horizontally the tube would be reinvented as the short-path distillation device known as the Kugelrohr that is widely used by organic chemists today.

Apparatus comes and goes over time. And yet, like species that evolve and vanish, some imprint of their passing often remains.

I am grateful to Rupert Cole for leading me on a magical exploration of forgotten fractionators in the Science Museum stores.