Following the Future of the Chemical Sciences report, we discuss the future with Dan Nocera and ask why chemistry has an identity crisis

Let’s start with the idea that chemistry might disappear. Are you worried about chemistry’s identity?

I’m not worried, but I do think we have a problem culturally, because we’re unwilling to have a ‘tagline’. Biology has tied itself to curing disease, for example, and physics to answering philosophical questions. Of course that’s not all of physics or biology, but the public doesn’t have a huge attention span so you need to have a tagline: one message that captures the imagination. Instead, we say ‘chemistry is everywhere’, we’re the enabling science. But by being everywhere, you’re nowhere; you’re not unique. 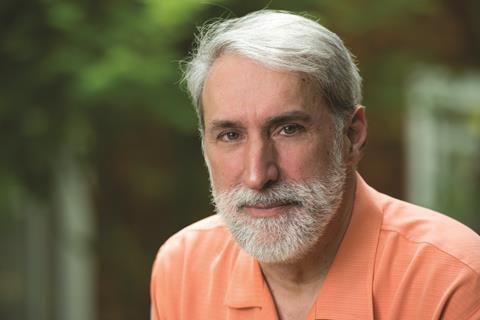 Dan Nocera is professor of energy at Harvard University, US

Yet our field is unique, and we do have a tagline: chemistry equals energy. It’s that simple – the basis of our science is ΔG, ΔH, ΔS. Energy is in the forefront of the public consciousness and the science that most directly responds to energy is chemistry. But if you tried to propose that tagline, there would be an uprising.

Yes — chemists value their individuality, there is a resistance to having a shared identity.

Exactly. I know chemists, they’ll say: ‘Energy – that’s what Nocera does, but it excludes 80% of the community’. But the Big Bang isn’t all of physics and every biologist isn’t curing disease, yet those fields still benefit from it.

I really think it comes from our social structure, we’re still a bench-top single-investigator laboratory-based science.

In my opinion, culturally we’re not set up for massive initiatives. Everything that’s hurting chemistry is this mind set.

So chemistry is energy. And your work is in clean energy…

First I want to take one step back. When I say chemistry equals energy, I mean it inclusively. You might say: ‘There’s Nocera doing renewables, splitting water, doing photosynthesis – that’s Nocera’s club.’ But when you get into energy efficiency, you open up a massive field for chemists to get involved.

In the early 20th century, chemical processes in plants were built on the contention that energy cost zero dollars, more or less, because energy was not expensive. In the coming century, energy isn’t free, and the feedstocks are different – it isn’t oil or coal. So you’re going to have to reinvent the chemical industry with new chemical reactions.

But to achieve those goals, the science is just one obstacle. There are many political, economic and other obstacles involved…

Well, that’s the reason I moved to Harvard. I wanted to get much deeper into connecting my science to policy and government. Just like I would collaborate with anyone – I’m not an expert in economics or policy, but the onus is on me to go and meet with the experts and then figure out how to connect my science with them. It will benefit chemists now and in the future to understand those things.

Of course, any discussion of the future is only as good as the assumptions we hold. What assumptions do we have today that might not be valid?

We are sitting on 100 assumptions that will all go out the window, and they should. That’s called a paradigm shift, and it’s what we all strive to do – to invent or discover something that takes our preconceived notions and shifts them. If we are doing our job, there should be lots of examples. Say somebody makes a high-temperature superconductor; that would change society. Or, I just showed that we can do photosynthesis 10 times more efficiently than nature; that could change society.

I totally agree. That’s where my field fails. A lot of people just do discovery in their lab and hope that the discovery is a paradigm shift. And sometimes it is, because science is unpredictable. But to achieve that shift more quickly, you have to start at the end point and work backwards to define the chemistry problem.

I believe there’s an essence that won’t change. Can you imagine a world in which you won’t be teaching people about the chemical bond, for example? We’ll always see that as a core chemistry competency. But the way we connect that to problems and applications is going to change a lot in the next 30–40 years.

And it’s already happening. The world is changing, and funding is changing. Funders – philanthropists and taxpayers – expect to get something in return. And with that change more and more people will start at the end point and work back. I see shifts in funding as a tremendous driver in the way we do science, whether we like it or not.

But you still find really interesting science problems that way. And if you don’t like it, then go and find a different problem. Not everyone needs to go this way – but I think many people will.