Biography of Resistance: The Epic Battle Between People and Pathogens 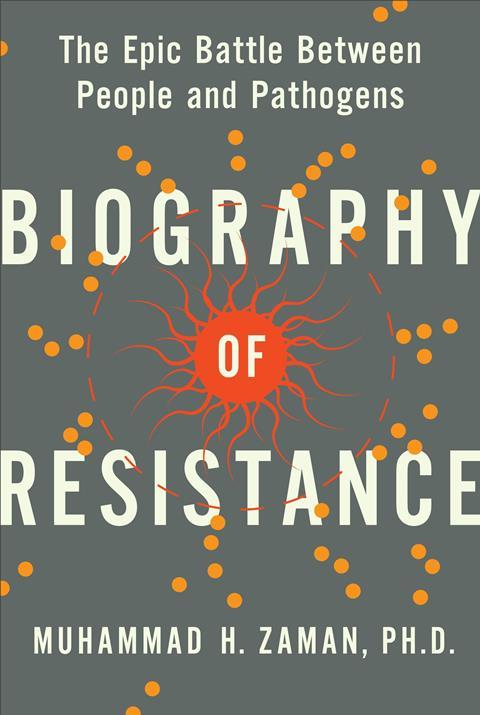 A devastating worldwide pandemic spread from pig farms in China to humans; Anthony Faucci, director of the US National Institute of Allergy and Infectious Diseases, declaring a national security threat; moral implications of access to medication for the communities that are hit the hardest – sounds familiar?

It’s hard to imagine a global health crisis with a larger worldwide impact than Covid-19, but Biography of Resistance illustrates an even more daunting health threat to humanity: growing antibiotic resistance. Indeed, a commission based at the University of Oxford, UK, predicts that by 2050, 10 million deaths will occur per year due to antibiotic-resistant infections.

The book delves into the question of how this resistance developed. Biomedical engineer Muhammad Zaman describes the science behind discovering new antibiotics, uncovering bacterial evolution mechanisms and the innocent activities humans do to hasten the speed of that evolution. In addition, the book touches on key historical moments, such as the discovery of penicillin, the golden age of antibiotics discovery in the 1950s and 60s, and the recent fallout resulting from overprescribing antibiotics in the medical and farming industries.

I appreciated the thoughtful descriptions of strategies bacteria employ to infect people and how antibiotics are designed to counteract these strategies. Analogies are written with clarity, so readers don’t need a science background to understand and visualise complex processes. My favourite example was Zaman depicting antibiotics as small missiles that resistant bacteria can modify by adding additional cargo to prevent them from reaching their destination.

One possible pitfall of this book is its relevance to our current global health crisis. Readers struggling to cope with living through a pandemic might find that this foreshadowing resonates personally.

Arguably though, this downside is also the book’s greatest strength. It’s a great read for people who want to educate themselves ahead of the next big global health crisis. Despite its educational nature, the book captivates the reader’s interest by describing historical scandal and intrigue between drug companies and corrupt scientific journals, and tensions between research professors and non-credited students making Nobel prize-winning discoveries.

Zaman could not have anticipated a more timely release of this gripping, educational read. Or maybe he knew all along.