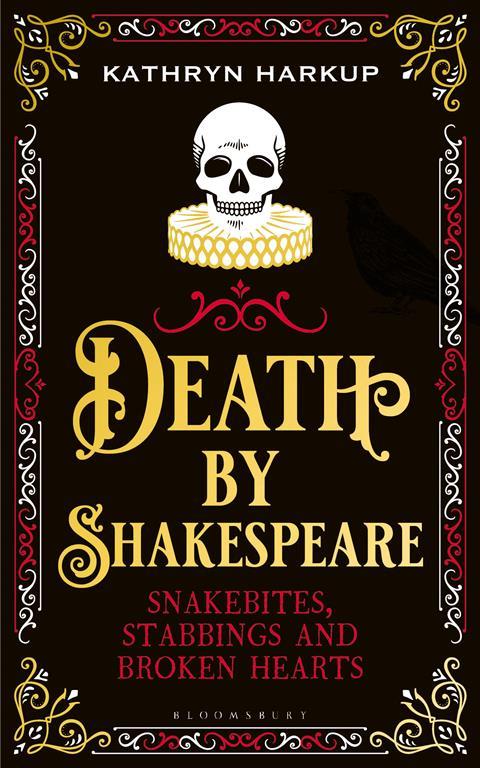 It’s hard to imagine exactly who the target audience of Death By Shakespeare really is; the crossover of interests between science, death, Elizabethan literature and British history is surely a relatively small one. I’m not entirely sure what it says about me, therefore, that it’s a niche I happen to fall squarely into – and I’m thrilled to say Kathryn Harkup hasn’t disappointed.

The book opens by setting the stage, as it were, on life in Shakespeare’s England. This opening, while largely devoid of science, is necessary to create the backdrop on which Harkup can build much-needed context for the more technical content in later chapters. She paints a harrowing picture of life in London during the Elizabethan era, so much so that by the end of the first chapter you’ll be wondering how anyone at all managed to survive for longer than five minutes, dodging plagues, typhoid and executions seemingly on a daily basis.

Harkup pulls no punches – this is not a book for the faint of heart. Easily one of the most memorable passages for me was a throwaway comment in a chapter tellingly entitled ‘Off with his head’. The author casually explains that a decapitated human head may remain conscious for a full 15 seconds after separation from the body – a thought so viscerally horrifying I immediately followed it up by messaging all of my friends so they could be as aghast as I was.

The brutal, concise way in which Harkup lays out information like this is harsh enough that I would almost regret reading the book, were I not thoroughly enjoying every minute of it. And, fortunately, there is no shortage of horror to get through. At the back of the book, Harkup has produced a table of named Shakespeare characters who die in his plays and the manner in which they did so – that list is twelve pages long.

One of the things I enjoyed most about this book is that it helped to recontextualise various Shakespeare plays I thought I knew. While the stories of these works still hold up today, some of the more minor details would have played brilliantly to an Elizabethan crowd, but aren’t as relevant in the 21st century and more likely to be missed. For instance, Harkup explains how in Romeo and Juliet, Shakespeare alienates the villainous Tybalt further by having him use Italian fencing techniques instead of the protagonists’ traditional English style. This is something referenced in Mercutio’s dialogue, but without the fencing knowledge enjoyed by many at the time, its impact is severely lessened on today’s stage. With Death By Shakespeare as a guide, I found that there was much more to enjoy in plays that I already adored and I find myself longing for the chance to visit the theatre again.

If you’re looking for a book solely focused on the science of death then this isn’t the tale for you. Harkup has carefully blended science into the narrative, but it is accompanied by an impressive amount of history that, if it’s not to your tastes, could be very difficult to trudge through. However, if you’re willing to embrace that side of the narrative, Death By Shakespeare is definitely worth a read.