Essays in the philosophy of chemistry 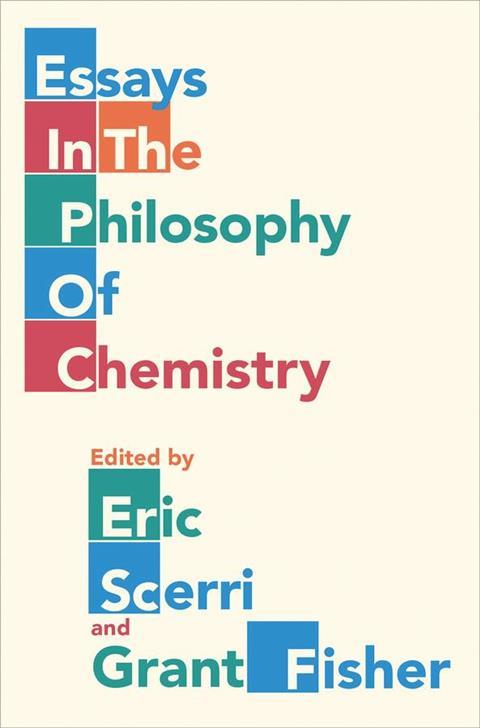 Most chemists are far too busy creating new materials or cures for diseases to wonder what belief system they hold that enables them to do these things. Most would tell you that the periodic table can be explained using quantum theory and other such nonsense; others would not be dissuaded from the belief that oxygen atoms are red and nitrogen atoms are blue. And there are plenty of billionaires who should be thankful that this lack of interest in the truth means, more than any other kind of scientist, chemists get results. But wondering what it is that makes someone a chemist, and how they should approach their work, are obviously questions worth pursuing. This is the role of the philosophy of chemistry.

Eric Scerri and Grant Fisher inform us this field has only existed since 1994 and the acceptance of it as a distinct discipline, as opposed to a mere collection of case studies in the philosophy of science, did not occur without a struggle. Views that had to be argued against included Paul Dirac’s, who believed that chemistry just drops out of physics, or Immanuel Kant’s (admittedly premature) opinion that chemistry does not contain enough maths to be considered a proper science.

These are among the topics addressed in this book, which consists of 16 essays divided into four parts that broadly cover: the early history of chemistry, reductionism, metaphysics, and theory and practice.

Unfortunately, the book is not entirely accessible to a scientifically literate reader with just a passing interest in philosophy. About half of the essays use jargon and assume knowledge that unnecessarily obscures their arguments – these could easily be put into plain English. This is something the academic world and not just philosophy is guilty of.

However, there are a few chapters that demonstrate that good writing is not incompatible with interesting ideas, and these should be read by any enthusiastic chemist. They include Guillermo Restrepo’s championing of mathematical chemistry, which made me reconsider how we approach the fundamental problems of chemistry. Another is that by Hasok Chang, a philosopher of science, in which he discusses whether chemists actually believe in their theories or just use them because they work. This reminded me of George Orwell’s notion of ‘double-think’, where a person simultaneously holds two contradictory beliefs. These and other chapters were thought-provoking and entertaining, inspiring me to delve deeper.

And delving deeper is definitely something this book will facilitate. Every essay is extensively referenced. The book will prove an invaluable tool for students new to the field or those digging deep into a particular area that need to construct a reading list to help them gain expertise. As the true target audience of this book, they will not be disappointed.