Hollywood Wants to Kill You: The Peculiar Science of Death in the Movies 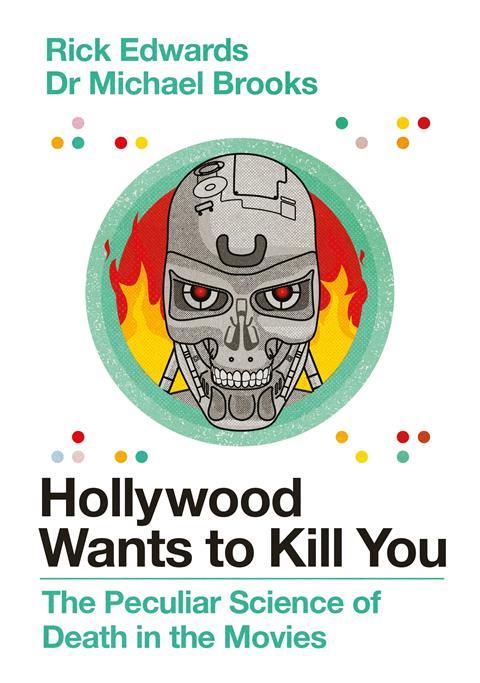 Can you really die from insomnia? How would a tree kill an antelope? Why should you stay out of the water? And – particularly relevant in the current climate – why should we be terrified of pig farms?

These are just a few of the questions answered in Hollywood Wants to Kill You. In the book, Rick Edwards and Michael Brooks take some of the greatest disaster movies ever made and turn them into case studies for the various ways in which all we are all doomed. Brooks did PhD in quantum physics, but now works as a journalist, co-hosting the podcast Science(ish) together with fellow journalist Edwards.

Each chapter examines a different way to die: nuclear fallout, viral epidemic, massive superstorms, killer robots, giant predators and so many more. For each genre of death and destruction, Edwards and Brooks take key storylines from some of your favourite films and dissect what Hollywood got right. I have to admit, learning about the physiological effects of sleep deprivation makes Freddy Krueger much more scary (although he was already quite scary thanks to the knives and the creepy nursery rhyme).

The book is interspersed with engaging mini side-stories about real-world examples of Hollywood storylines. For example, in an incident reminiscent of The Day of the Triffids, 3000 antelopes died suddenly on a South African game ranch – killed by acacia trees. The trees had produced antelope-killing levels of tannins, warning each other of the hungry herbivores by emitting volatile compounds. These stories, in addition to the author’s playful cartoon-style commentary, create a mix of realism and whimsy throughout, making the book fun and entertaining.

As you might expect from a book about movies, there are quite a few spoilers, but I don’t think that’s a negative – it gave me ideas for several films to watch and analyse. Besides, if you didn’t already know that Armageddon was about a totally plausible story of deep-sea drillers going into space then maybe this isn’t the book for you.

I’d recommend for bedtime reading, but it’s actually quite hard to put down – and apparently not sleeping is bad for you.