How to Grow a Human: Adventures in Who We Are and How We Are Made 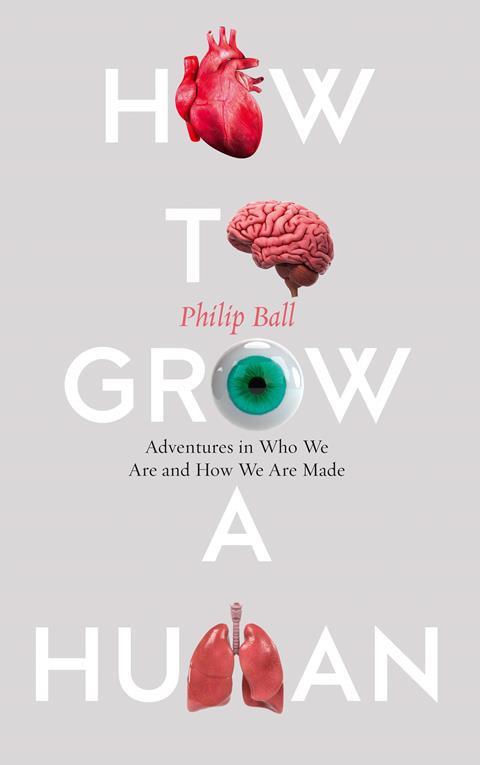 In this book, Philip Ball – who many might know as Chemistry World columnist – sets out to grapple with the philosophical questions raised by recent advance in cell technology. He finds himself in two minds – almost literally. A small sample of cells was taken from his arm and reprogrammed to become nerve cells, growing into an interlinked network of communicating neurones – a minibrain.

This brain-in-a-dish then serves as a unique narrative device to explore questions of who we are and where we came from. It reveals the huge leaps that humanity has made in recent decades in manipulating cells, but also just how much we still don’t understand. The minibrain also serves as a device for the philosophical questions thrown up by these new developments. Is this mass of cells human? Is it still part of the entity we call Philip Ball? And what rights – if any – should a minibrain have?

In How to grow a human the author skilfully guides us through the last hundred years or so of our love affair of tinkering with the cell. With a writer with as many awards under his belt as Ball, you’re in safe hands as he unpacks the science of the cell, while injecting plenty of colour and lively anecdotes to keep things interesting. By the end of the book, you’ll have learned that mothers giving birth to a male child can end up with cells with Y chromosomes that live on for years, and that rat stem cells can make a mouse a new gall bladder, despite rats not even having a gall bladder.

The story told here is of the cell as the central agent of life. Ideas like genetic determinism and DNA as the blueprint of life are given short shrift as the author takes them out back and swiftly dispatches them with a shotgun. It is into this narrative that the we’re introduced to the incredible potential of stem cells. These cells can become virtually any other cell with the right chemical prodding and, combined with our ability to modify them, the possibilities are tantalising. We’re now in touching distance of previously impossible feats like curing intractable diseases like type 1 diabetes, regrowing limbs or even enhancing ourselves.

But with these amazing possibilities come troubling questions. It’s here, discussing the philosophical implications of designer babies and growing organs from scratch, that I feel the author really hits his stride. Intangible questions of philosophy and morality have always fascinated because, unlike in science, there are far fewer clear-cut answers. It’s the nature of the beast. But the issues are certainly given a thorough airing and there’s plenty of food for thought as humanity enters a new frontier of research and medicine.