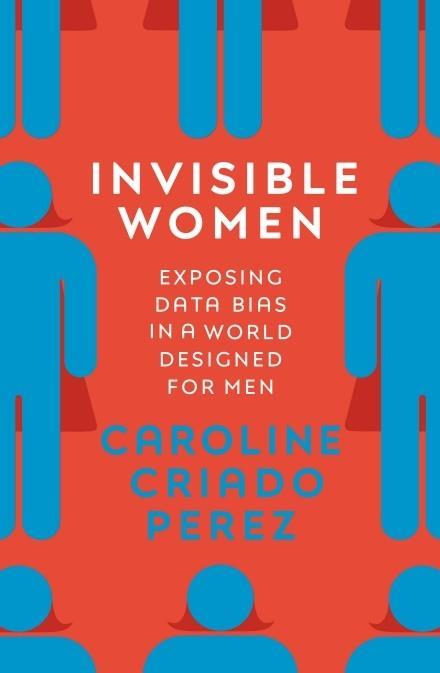 What do technology, toilets and tax have in common? They all inadvertently disadvantage women.

That’s not to say that these decisions are conscious – they simply fail to consider women’s needs at all. And the impact this can have is huge.

In Invisible Women Caroline Criado Perez collects together an unbelievable mass of data on how the design of the world around us affects women, presenting some stats that are quite literally killer. If a woman is involved in a car crash, she is 47% more likely to be seriously injured, and 71% more likely to be moderately injured than a man in the same position. She is also 17% more likely to die. This is because women are shorter on average, with shorter legs, so they sit further forward when driving. Despite making up over half of the population, women are considered non-standard, ‘out-of-position’ drivers and there’s no requirement to use a female-sized dummy when crash testing cars.

The examples given in this book fall into two categories. Firstly, there are things that specifically disadvantage women due to some fundamental difference between women and men – for example, the design of men’s and women’s toilets. Secondly, there are things that have a disproportionate effect on women due to the expectations of women in society, such as the different travel needs of those who have domestic caring duties to those who have office jobs.

The book doesn’t assign blame, emphasising that these problems stem from incomplete data and omission rather than conscious discrimination. But it does lay out a clear argument for diversity. Perhaps if there were more women – and people from other minority groups – in the positions to make decisions, their needs would be better represented. And as shown in this book, this has a huge social and economic impact. Bringing female perspectives out of the shadows is for the benefit of humanity as a whole.

The depth and scope of this book will shock you. There’s almost no facet of life that isn’t designed from a default male perspective, even for chemists. As I write this, I’m sitting in an office chair that doesn’t fit someone who is 157cm tall, despite working in an office that is 70% women. Many women working in labs will be aware that PPE is often poorly fitting and may therefore be putting them at risk, all because it is designed for men as the default.

Invisible Women is an essential handbook in the fight to build a more equal world. It’s based on enough data to satisfy even the fussiest scientist and will make you look at the world in a new light. However, the style is light enough that it doesn’t feel like hard work. Read it for yourself, then lend it to all your friends, of any gender.