Is quantum chemistry the new alchemy? 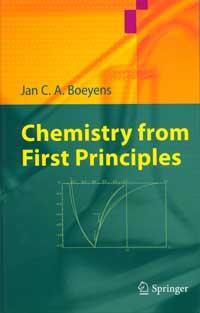 In spite of its seemingly innocuous title, this book is deeply thought-provoking and sets itself the task of taking a critical look at the arcane world of quantum mechanics, especially in its application to the realm of chemistry.

According to author Boeyens quantum ideas have often been inappropriately or even incorrectly applied and the current situation is so bad that quantum chemistry is seriously at risk of becoming the new alchemy.

There are three principal reasons for drawing such a conclusion. First, from its inception quantum chemistry has always fostered the belief that it can solve most, if not all, of chemistry’s major problems.

Second, because quantum theory represents a revolutionary scientific breakthrough that has proved its worth time and again in physics, little effort has been made to challenge its fundamental tenets.

Third, because the quantum world is so bizarre and counterintuitive, it tends to exert an almost hypnotic influence on us and hold us in its thrall. All of which means that we are now in serious danger of being dominated by a quasi-alchemical theory that is widely deemed to be untouchable but one that is in fact unable to deal with many of the real issues in chemistry.

Although Boeyens does not offer us an entirely new dispensation to cure the current malaise - that would be a mammoth undertaking - he does point us toward a number of innovative approaches that collectively serve as an interim solution.

To start with, he suggests that we move away from unhelpful physics baggage such as electron probability densities, atomic orbitals, and electronic hybridisation. Instead we should seek to develop a reconstituted quantum theory appropriate to the conceptual demands of chemistry and one that focuses on the three-dimensional nature of molecules and their constituents.

For instance, electrons should be treated as flexible standing waves rather than point particles. He shows us how such thinking enables us to get to grips with a large number of chemical concepts, including molecular structure, chemical bonding, chirality, reactivity and periodic classification of the elements.

Ultimately, Boeyens comes to the conclusion that electrons are no more than knots in the fabric of spacetime and demonstrates how this idea enables us to understand many of their properties, including their spin. This groundbreaking book which is not heavily mathematical is certainly not be missed by anyone with an interest in quantum theory.