Strange Bedfellows: Adventures in the Science, History, and Surprising Secrets of STDs 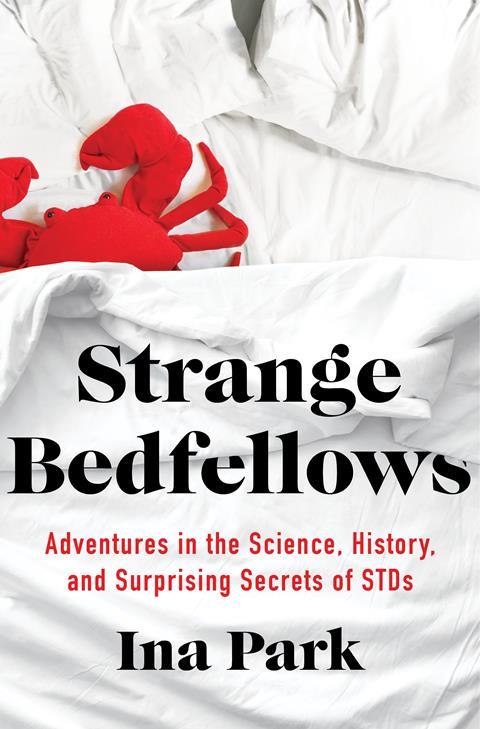 When I was 12 years old, I had my first ever sex ed class and to put it bluntly it was anti-climactic. Not much was taught apart from the idea that ‘sex is bad’, shortly followed by video clips of body parts. This of course, resulted in a lot of confusion while growing up. And this is exactly where the problem lies for many people around the world.

The misconceptions around sexually transmitted diseases (STDs) brew from the tales of promiscuity and carelessness fed to children at an early age. Of course, while this can deter young people from engaging in such activity, it also results in a lack of real education and preparation when things start to get a little bumpy (or fishy) down there. Through adulthood, even uttering the acronym brings out a certain awkward silence, a few murmurs and jokes amongst the room. In fact, Strange Bedfellows author Ina Park mentions this specifically in the first chapter, citing that herpes, the most common sexually transmitted virus in the US, has been the butt of jokes on TV and stand-up comedy for decades. But when presented with the statistic that almost one person out of every two sexually active people will get an STD at least once in their lives, it makes you wonder why such a common occurrence hold so much weight.

Park’s mission is to break down the taboo surrounding these infections and promote healthy discussion and education. Strange Bedfellows presents as a comedic yet informative commentary on the hidden world of STDs.

Each chapter tackles a different disease, from genital herpes to super-gonorrhoea to HIV. The history of each infection is presented alongside anecdotes and patient accounts. Park’s writing style is informative yet light-hearted; she cautions you of the dangers of STDs but does not berate you for living your free and sexual life. In fact, she encourages it – along with regular testing. Park also shares experiences of her own – from what inspired her to write the book to her first encounter with a Brazilian wax. It is apparent that Park wants one thing to be heard loud and clear: STDs, pubic hair and bodily functions are natural and should not be shamed.

Strange Bedfellows is not your average encyclopaedia of infectious diseases. Instead, it will have you laughing out loud one minute then furiously booking a gyno appointment the next. The book’s narrative is friendly, informing but not lecturing nor condescending. There is a perfect balance of science and humour that not only educates you but also comforts you – like a big sister or a friend.

Park proceeds to close the book with a few important messages, one being: ‘I want everyone reading this book to have as much satisfying, consensual sex as their hearts desire.’ These words are especially relevant in the current age where casual sex is normalised, but regular check-ups are still not. Strange Bedfellows is a relevant and encouraging book that everyone, regardless of age or gender, should read at some point during their sexual voyage.