Testosterone rex: unmaking the myths of our gendered minds 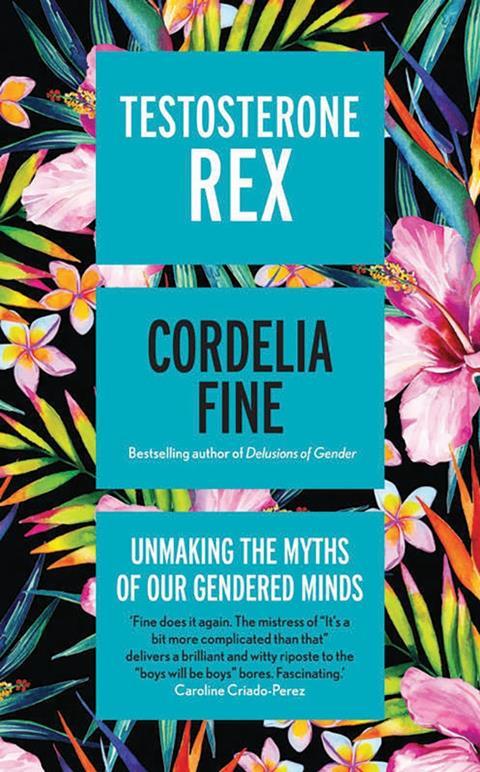 ‘The distribution of preferences and abilities of men and women differ in part due to biological causes,’ wrote Google engineer James Damore in his now-infamous memo that criticised Google’s efforts to improve gender equality among its employees. Damore argues that it is purely biological causes, like exposure to prenatal testosterone, that make men naturally more skilled at technical professions and keener to gain positions of power and leadership.

Over the years, frustrated Google employees and scientists alike have pointed their finger at testosterone when trying to explain men’s and women’s seemingly differing aptitudes for taking risks or caring for offspring. In her new book Testosterone rex, University of Melbourne psychologist Cordelia Fine takes on this ‘men are from Mars, women are from Venus’ myth.

Fine takes the reader on a journey through the past, present and future of biological, social and psychological research and tries to demystify testosterone’s influence on human behaviour. What exactly it is that creates behavioural differences between men and women remains a tough question to answer, but over the course of the book it becomes clear that evolution and nature aren’t to blame.

My favourite parts of Testosterone rex are the early chapters, in which Fine takes a close look at the research that created the illusion of sex differences as a fundamental, unchangeable evolutionary biology principle. Often, it seems to be scientists’ innate biases that lead them to design experiments and draw conclusions that support their preconceptions of stereotypically male and female behaviour.

In one fascinating example, Fine tells the story of Bateman’s principle. Developed by botanist Angus Bateman in 1948, this paradigm predicts reproductive success of most species to be greater in males than in females. It is one of the key pieces of research that used to support the idea of the boisterous male and the coy female as the natural status quo. However, when scientists in 2012 tried to replicate Bateman’s experiments, they found them to be deeply flawed.

Reading about a serious topic like this, I didn’t expect to find myself laughing out loud. But Fine’s writing is genuinely funny, and in places where things get a little more serious, her narrative style still makes for pleasant reading. Fine does not shy away from quoting those who don’t support her case, even if they are eminent scientists. She then goes on to debunk misguided remarks with almost forensic precision, using an enormous amount of sources (all of which can be found in the 50-page-long reference section). Nevertheless, the book is free of jargon and should be easy to read for people without a scientific background. It might have been this meticulous yet clear exposition that won Testosterone rex the 2017 Royal Society book prize.

While the book’s conclusion – that scientists have not been able to single out one factor that creates gender inequalities – might disappoint, it is also the best reason to keep calling out what some might consider minor points of sexism. As Fine puts it: ‘If no one sweats the small stuff, the big stuff will never change.’