The Book of Humans: The Story of How We Became Us 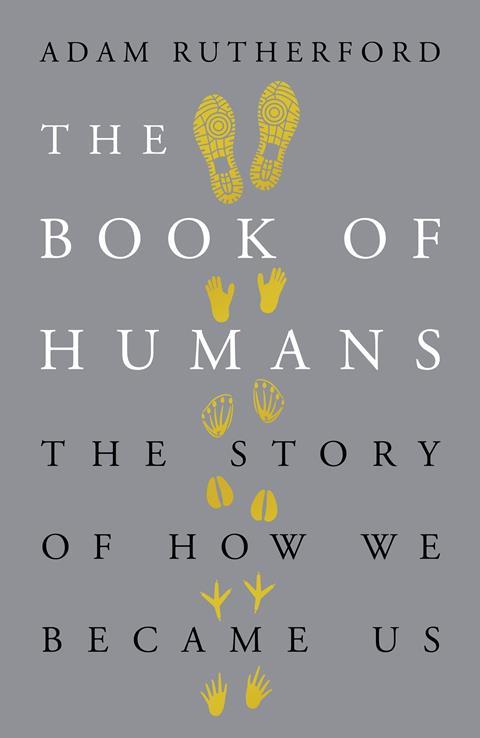 When I was a kid I always imagined that our pet dogs were talking to each other in some undetectable pitch or set of noises that I couldn’t understand. It’s clear they communicate in some way – they get annoyed with each other and growl, they play – but it’s hard to understand as a child how other animals can get by without language. For me it was much easier, and more fun, to imagine them chatting away when I was out of the room.

In The Book of Humans Adam Rutherford sets out to explain what it is that makes humans different to other animals. Or at least, that’s what I was led to believe from the summary on the inside front cover. However, I finished the book not really quite grasping what Rutherford was trying to achieve.

The first two-thirds of the book talks about traits that we might consider as uniquely human, but that in fact many other animals share. The use of tools is one example that can be found in other intelligent species. Dolphins use sponges as tools to protect their noses when foraging for sea urchins, for instance, and some hawks have been known to pick up smoldering sticks from bushfires and drop them in dry areas to start new blazes and drive out prey. These are just two of many fascinating cases that demonstrate that we aren’t quite as different to other animals as we might think.

In the final third of the book Rutherford sets out to explain what really sets humans apart from other species, and this is the point at which I really feel the book falls down. He talks about language, symbolism, teaching and other purely human traits, but somehow fails to really draw all these aspects together into a neat conclusion. The scientific descriptions are often not as clear as they could be, and the author’s penchant for unnecessarily complicated language loses the reader at times. That’s not to say there isn’t some genuinely fascinating stuff in The Book of Humans. I particularly enjoyed the chapters on sex, and the sometimes gruesome descriptions of the ways in which some animals find intimacy. I think I’ll leave out the examples here.

This is a book of great stories written by someone who clearly has a great interest in the journey of human evolution, and I’d wholeheartedly encourage you to read the first part. But for me, the supposed crux of the book – the ‘story of how we became us’ – didn’t really deliver.