The Fugitive Chemist: From a War Zone to Life-saving Research 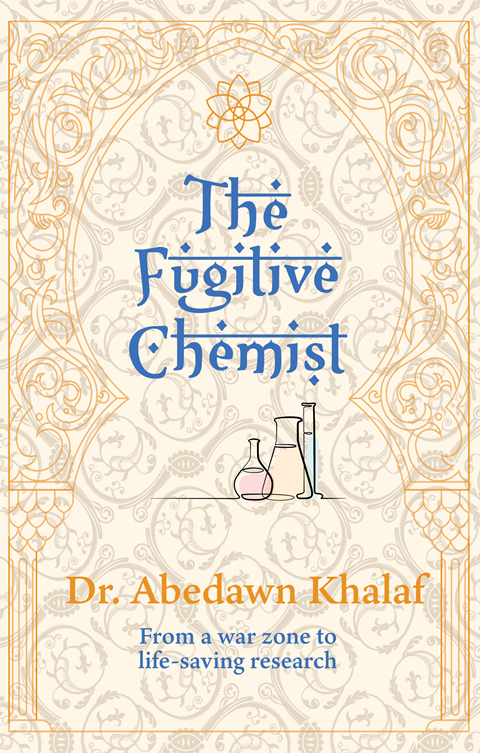 This book is a fascinating insight into the life of Abedawn Khalaf. He grew up in Iraq during the early 1950s and faced many challenges, living and studying in a country that was constantly in conflict.

Khalaf shares memories of his time training as a conscript for the Iraqi army and, rather surprisingly, the time he came into close proximity to infamous dictator Saddam Hussein, then Iraq’s vice president. Khalaf then shares the struggles of juggling his UK-based family life and research studies with his commitments as an Iraqi army officer. At times, I was left feeling shocked and humbled reading about the hardships he endured, simply to study at university, something we westerners perhaps take for granted.

Later Khalaf describes how he and his friend Mudhaffar journeyed through some of the world’s most dangerous terrain in order to escape a country torn apart by war – all in the hope of being reunited with their families back home in the UK. What they experience is indeed an epic tale and shows what people will do for love, honour and survival.

I felt the book could have been written more eloquently at times, but there’s a rawness and realness to the words, which had me hooked until the very last page regardless. It was nicely balanced with some short snippets from Khalaf’s wife Carol who did not know what was happening to her husband. This helps pull together the timeline of events.

The book also contains interesting cultural insights; from the meals Khalaf ate, to the changing fashions and family traditions experienced across the Middle East. As a chemist, I would have liked to read more about Khalaf’s time as a researcher at the University of Glasgow, which was quickly skimmed over towards the end. But there are plenty of scientific references given for those that want to delve more deeply into his research and patent contributions.

Overall, I thought this was an awe-inspiring autobiography and one that will stay with me for quite some time. I think this book would appeal to anyone interested in the Middle East, and for those curious to know what it was like to live and work in Iraq during Saddam Hussein’s regime. It certainly would help any reader gain some perspective on how lucky and blessed people in the UK are to have education at their fingertips.