The space barons: Elon Musk, Jeff Bezos, and the quest to colonize the cosmos 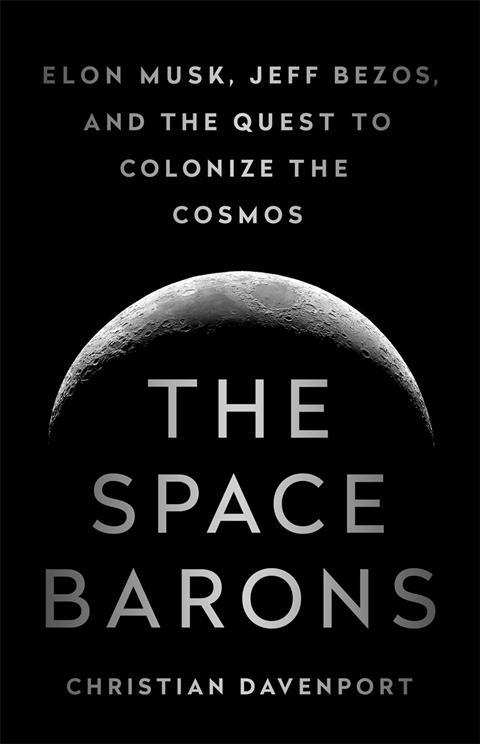 The space barons aims to take readers into the lives and minds of two of the most powerful men in the world. Elon Musk is the founder and CEO of a number of major companies including Neuralink, Tesla and Space-X. Jeff Bezos is the world’s richest man as the founder of Amazon and the aerospace company Blue Origin, as well as owner of The Washington Post. Both are so rich they have more wealth than many of the world’s nations, and author Christian Davenport – who has worked for The Washington Post as a staff writer since 2000 – is clearly in awe. The book props Bezos and Musk up as greats, as if they and only they are the cause of their vast wealth and corporate empires.

I found the book problematic for a number of reasons. Davenport tells the story of both men’s lives from the early stages of their businesses in the early 1990s through their growing importance in the aerospace industry in the 2000s. At points the text feels clunky; it struggles to add narrative to pivotal moments in Musk and Bezos’ lives, such as Bezos’ helicopter crash in 2003, and puts historical events across in a dry, unengaging way.

Another problem I had is that The space barons doesn’t tackle the major issues of private enterprise in space. Its title seems to accept the oligarchic and feudal future space may have. The popular astrophysicist Neil deGrasse Tyson, a vociferous proponent of Nasa, has often been asked about private corporations taking over from government in the exploration of space, and his response has been simple and consistent. The risk is too great: governments crossed the Atlantic, governments discovered nuclear fission and governments took us to the moon all because private enterprise could not accept the risk. The investment needed to take humanity to Mars, for example, is too great for a private company whose CEO has to satisfy the quarterly report. They cannot have the luxury of long-term investment that a country does. So the government does it first, and then farms out routine things to private companies who can do them efficiently.

Neither does the book really dig into the implications of Bezos – the richest man on the planet who owns a newspaper of note in America, has a $600 million deal with the CIA to advance their cloud systems and spent over $10 million lobbying the US government in 2017 – attempting to monopolise space.

Instead, The space barons gives the reader the erroneous impression that everything is down to these men, neglecting the contributions of scientists and engineers who make their technological achievements a reality. It gives only a top line view, and there is nothing it covers that you cannot find on Wikipedia, or in news stories and press releases. I would therefore struggle to recommend it.