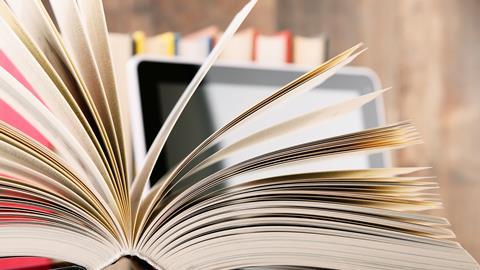 Chemistry pedagogy for a modern world

The Royal Society of Chemistry has taken a new approach to teaching higher education students the fundamentals of maths and stereochemistry, putting students themselves at the heart of the process

Matt Taylor, who is studying for his masters at the University of Warwick, co-authroed the Introduction to Stereochemistry student guide

The cautionary element of the thalidomide scandal probably enters the minds of most chemists observing molecular chirality at some point. But the reasons why the principles and disciplines that underpin chemistry must have a solid foundation extend far beyond that well-known tragedy.

Introduction to Stereochemistry student guide co-author Matt Taylor is studying a masters in chemistry at the University of Warwick. ‘Many textbooks students are given are dry and formal with a passive tone. They don’t encourage the reader but rather, just present information concisely. That doesn't necessarily aid learning.

‘Stereochemistry is a surprisingly major component of chemistry. Students may learn of it in terms of biology and medicine due to the thalidomide tragedy. For some, learning about it can be a struggle, especially when turning the pages of a 2000-word textbook.

Like how you turn pages in a novel, you’re working through a story

'We created a book that works the same way as a novel in that you turn the pages to work through the story. There’s a path that you follow to solve the problems in the book. And you’re guided along that path as you read the text, which makes it a nice read.' 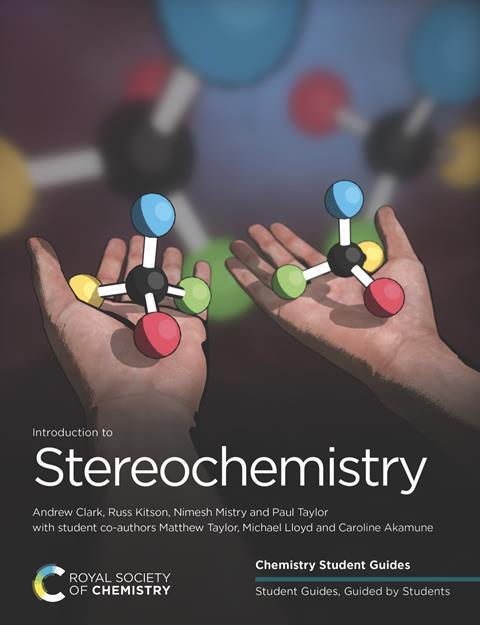 Co-author Russ Kitson is an associate professor at the University of Warwick. Kitson’s prior research into spatial cognition underpins much of the book’s approach to teaching stereochemistry. ‘There’s good evidence that having something in your hands helps with making a link and in grasping the concept of rotating molecules in your head. The voice from the students is that they readily relate to the way it’s written.

‘The use of the models is to help students make that link between the physical and the mental. There is more to it than making the grades, we want them to grasp the chemistry concepts.

‘We believe there’s something here that is different to other textbooks, and it will help them learn these concepts in an engaging way.’

The subjects of the experiment were supposed to consume 0.3g of caffeine in powder form, but due to a miscalculation they were actually given 30g – which is equivalent to around 300 cups of coffee.

Students will happily integrate something if it is in terms of x and y, but there can be problems with applying that to chemistry

Fiona Dickinson, co-author of Introduction to Contextual Maths in Chemistry

The student guide Introduction to Contextual Maths in Chemistry, authored by Fiona Dickinson (University of Bath) and Andrew McKinley (University of Bristol), will provide university level students with the tools to avoid incidents like these.

‘In this instance, just a bit of maths and a bit of sanity checking, and asking “does this make sense?” would have averted the issues,’ says Dickinson. The mathematical tools for calculating and predicting rates of chemical reactions and other processes were handed to scientists hundreds of years ago by thinkers including Gottfried Liebniz and Isaac Newton.

There is no need to reinvent them so the focus is on ensuring students learn how to use them.

In collaboration with students, and drawing on their combined years of higher education teaching, the pair turned the usual approach on its head. ‘Quite a lot of the time, students found it challenging to relate the maths to what they are learning in class and this seemed to be completely independent of any prior experience of maths,’ says McKinley.

‘Even some students with further maths at A-level struggle with functions such as differentiation because they couldn’t find a letter x. They were so ingrained in this x y culture that, when they couldn’t find the letter x they were unable to do the differentiation. That immediately identified a need to put the chemistry first, and write the maths within that context,’ McKinley adds. 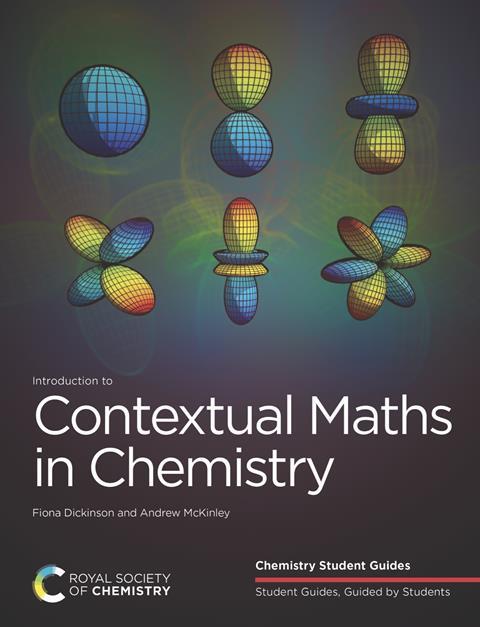 Ditching the x and y

Dickinson agrees. ‘Students know how to do maths algorithmically, but in chemistry the variables are rarely x and y which is where confusion often begins to set in.’ These students are capable of integrating quite complex functions, she explains. ‘But as soon as the question stops being a mathematical instruction such as “integrate this” and becomes a chemistry problem such as “calculate the work done”, things become challenging even to those who are mathematically fluent. It almost becomes an issue of translating the language of maths into the language of chemistry.’

To order your copies visit rsc.li/chemistrystudentguides