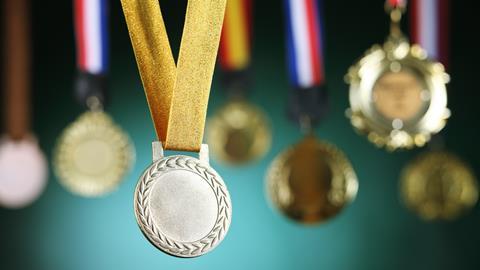 Carbon’s tetrahedral bonding pattern is a chemistry cornerstone, but few can name the scientist who provided experimental proof for the concept

Her name was Ellie Knaggs yet only now – half a century after her death – is her contribution­ to crystallography beginning to garner the degree of recognition it deserved. Commenting on the posthumous acknowledgement – like Knaggs’ inclusion in Chemistry World’s new series Significant Figures – Knaggs’ niece Elaine Mayer says ‘I’m delighted that Aunt Ellie and all the other women in that kind of situation are getting this recognition because that great trio – sexism, racism and ageism – makes me hopping mad.’

And indeed there are lots of women in that kind of situation. It shows in the story of crystallographer June Sutor’s C–H⋯O bonding hypothesis – highlighted by Chemistry World in 2019 – and in the story of Theodora Greene’s invaluable book on organic synthesis, covered in February 2020. Their stories are testament to how easily women can become lost in the annals of scientific history.

As mindful of these scientists – with their contributions unrecognised for many years – as of those who work under the radar today, the Royal Society of Chemistry (RSC) has been motivated to overhaul its entire portfolio of prizes and awards. Having drawn on research and studies from peer organisations and a comprehensive consultation conducted by independent experts – led by Jeremy Sanders from the University of Cambridge – the RSC has created a blueprint to change the way it recognises and rewards the individual scientists and scientific groups reshaping our world.

In the report Re-thinking recognition: Science prizes for the modern world, the RSC outlines its five-point plan to ensure awards it issues reflect a more inclusive definition of excellence. The review assures that while it will continue to focus on innovative and transformative science, there will be greater emphasis on collaboration and teamwork, and on teachers of science. In addition, there will be a focus on those that break down barriers in the science arena. Undertaken by a panel of external scientific experts, the review also focuses on expectations of good conduct of all those involved with reward and recognition processes. As the RSC considers the community’s response to the review over the coming three to five years, its aim is to make decisions that create new forms of recognition that make prizes work for science and society. 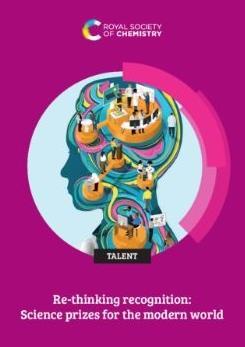 In her spare time, physicist Jess Wade from Imperial College London creates and maintains Wikipedia articles outlining the achievements of notable female academics. Her endeavour goes some way to addressing the gender imbalance in the recognition afforded scientific women compared to men.

Wade welcomed the RSC rewards review. ‘It is important to have these uncomfortable conversations and draw attention to the gender imbalance in recognition so that people are aware of how biased these systems are, why that is, but also how we can all play a part in changing that,’ she says. She cites Sutor and Knaggs as good examples of members the scientific community should be familiar with and who should have been celebrated at the time. ‘But it was a completely different era, one in which women were not given the recognition they deserved. It’s more surprising that even now we haven’t learned from that,’ she says.

‘The organisations there to recognise chemists and chemistry in society should be as diverse as the society they serve,’ says Wade. She hopes that with increased access to data and with the RSC trailblazing good practice in rewards process, other learned societies will follow suit. ‘If you were considering self-nomination or nominating a colleague from an under-represented group and you saw that the awarding body was more diverse than usual you might feel more inclined to put yourself, or another, forward,’ she adds.

It is perhaps telling for Wikipedia – where the majority of contributors (80–90%) are male – that less than one in five of the profiles are about women. Wade estimates that she would need to write 500,000 more Wikipedia articles to achieve anything near gender equality of recognition on the platform. Understandably, Wade is ‘nowhere near that’ but, she says she is ’hopefully part of a much bigger effort to better celebrate the work of those who have been historically overlooked’.

Mayer, who sees some ‘justice’ in having her aunt’s achievements emphasised today. ‘My family were against this abhorrent trio – sexism, racism and ageism ­and some – myself included, very actively so beginning decades and decades ago.’ And Knaggs approved. As for the sexism, ‘Aunt Ellie would have been enraged but not surprised given the time’.

‘Such a research achievement would surely have earned her added or increased respect and therefore increased her influence, power and importance,’ said Mayer. ‘What can that do a for a woman’s self-confidence and assertive creativity? Ellie was cheated of positive consequences – the full extent of which she never knew and we can never know.

‘Sexism is active and influential  in 2020 and is likely to be so for many a long year yet. I applaud the RSC’s practical  initiative on the process and progress of its rewards schemes and its policy commitment to ensuring that both men and women who deserve reward and recognition receive it - especially if it prevents scientists being cheated of their rightful reward and recognition as happened to my Aunt Ellie and others in the past.

‘Here’s to a future of equity and justice. As soon as possible, which can only mean little by little. And that heightens its priority even more,’ Mayer adds.