Aldo Ramirez Reyes chose to study chemistry for its career prospects, but now his future is less certain than he might have hoped. He completed his undergraduate course at the Autonomous University of Barcelona in September and would like to go on to do a PhD, but with science funding being cut in the economic aftermath of Spain’s property market implosion, that is harder than it used to be.

Like millions of young people across southern Europe today, Reyes must negotiate the obstacles of diminished public spending and surging unemployment to reach their career goals. They enter a new job market powered less by government-sponsored science, and more by industries looking to slash costs and boost exports. And though the outlook for chemists may not be as bleak as for some of their compatriots, lower wages are increasingly focusing attention abroad. 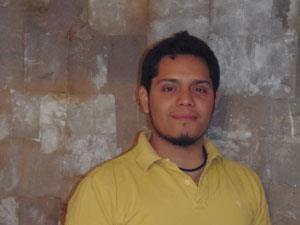 Aldo Ramirez Reyes hopes to find a PhD after graduating, but will look for industrial jobs too, in Spain and abroad

Reyes will finish his degree later than many of his coursemates, whose final exams were earlier in the summer, and he has seen the struggles they face. ‘For most people it’s really hard,’ he said. ‘I have two friends who were lucky, one had a placement in her degree, and she was hired by that company. The other one got funding from the government to do a PhD.’

‘Probably now we are in the worst possible moment with respect to the economic crisis,’ says Miquel Pericàs, director of Institute of Chemical Research of Catalonia (ICIQ) in Tarragona, Spain. ‘45–50% of 20–25 year old people are unemployed, though this is not so bad for people who have done university studies, and even better for people holding a PhD.’

With ICIQ hosting exclusively graduate students, that statistic is especially relevant to Pericàs. However, careers in academia are also tougher thanks to government cuts like the 30% budget gouge the Spanish National Research Council has suffered since 2008. ‘Many people earning a PhD are now considering going abroad because the situation is difficult in Spain,’ he says.

Job opportunities in the Spanish chemical industry are also scarcer, Pericàs adds. ‘Intensive research companies, like pharmaceutical companies, that are not highly internationalised have severely cut their research programs.’ One example he cites is Palau-solità i Plegamans-based pharmaceutical group Uriach, which has completely exited new molecule development.

Greek youth unemployment rates are even higher than Spain’s, at 55%, underlines Athanasios Papadopoulos, president of the Association of Greek Chemists. Meanwhile, the minimum wage for chemists has been halved, after the government encouraged negotiations for collective labour agreements to end. ‘The wage for young chemists is equal to any unskilled worker,’ Papadopoulos says. ‘Colleagues who were recently fired and apply for a job find what they’re offered humiliating.’

Investment in science is almost zero. There will be a hole in our development, in industry and university research

Wages for academic and other government roles have also fallen 40% under the country’s austerity measures. ‘There is no appetite to work in the public sector,’ Papadopoulos says. ‘Thousands now find their way to European institutes or industry and even further: Oceania or America.’ The attraction of working abroad is obvious, when compared against the problems staying in Greece presents. ‘Young chemists find a working environment that cannot guarantee survival, but they must create some working experience. So they accept a wage less than €600 (£513) per month. Most of them are not in position to get married or start a family.’

While low wages could make chemical industry investment in Greece attractive, innovation ‘remains the only exit from the crisis’, Papadopoulos insists. ‘The Greek and European governments should give incentives to innovative chemical companies to produce knowledge, in coordination with institutes and universities. This will be the key for recovery and, especially for Greece, will cease the plague of scientist migration.’

The European commission’s directorate for employment, social affairs and inclusion says that it is determined to tackle high youth unemployment levels ‘to avoid the risk of a lost generation’. It aims to ensure that all young Europeans receive good quality offers of employment, continued education, apprenticeship or traineeship within four months of leaving school or becoming unemployed. It has spent €6 billion on this ‘youth guarantee’, a figure non-governmental group the European Youth Forum has criticised as too little. 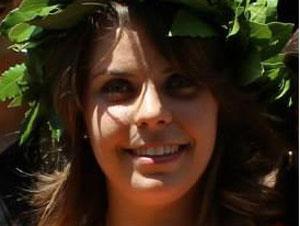 After Lucia Ferrazzanoâ€™s graduation, which in Italy involves wearing a laurel wreath, a chemical company rapidly approached her

The commission is also working to improve job creation by encouraging ‘chemical industries in southern Europe to further internationalise their activities and engage more in innovation’.  That’s building on a comparative strength, a spokesperson says. ‘Chemical industries in southern Europe are generally doing better than other industries,’ they point out, adding that the first results of these efforts can already been seen in Italy. In the first 10 months of 2012, Italian chemical exports increased in value by 2.2%, with 7.5% growth outside the EU offsetting a 1% fall in the European market.

Italian youth unemployment is also slightly lower than in Greece and Spain, at 39% for people aged 15-24 in June 2013. But with Italy also trying to recover from hidden government overspending like Greece, it is now harder to get jobs than it used to be. In 2006, 90% of students had entered jobs or further studies a year after graduation. The Italian Federation of the chemical industry, Federchimica, says that by 2011 80% of chemistry graduates from 2007 had jobs or paid training. Reports also suggest that today around a third of students are looking abroad for opportunities.

For Lucia Ferrazzano, who has just graduated from the University of Bologna, employment prospects were not high on the list when she chose chemistry. Instead, she was attracted by a love of experimentation she discovered at a schools’ chemistry competition, and by cash incentives Italy offers chemistry students.

It seems that the demand for chemistry graduates those incentives imply remains robust. ‘I graduated on the 19th of July and after only a week I received a phone call from an Italian company for a four month contract in organic synthesis,’ Ferrazzano enthuses. After interview, she was offered the role. ‘I’m the happiest person in the world because in my first experience the job is looking for me!’

Ferrazzano emphasises that it’s more difficult for graduates from other subjects, meaning that students must choose their courses carefully. ‘It’s ok to follow your inclinations but these times need more analysis, because you can’t be 40 years old and still a trainee.’ She adds that her ultimate goal had been academic research, but recognises the need for pragmatism. ‘I know that if things go badly I could go abroad and my studies will pay off,’ she concludes.

Young Spanish chemists are strongly focused on opportunities in other countries, Reyes says, which means their home country will lose their talents. ‘Investment in science is almost zero here,’ he says. ‘There will be a hole in our development, in industry and university research. There is a brain drain happening here that will increase immigration to north European countries that are investing in science.’

Having spent €1,500–2,000 in fees each year, Reyes acknowledges he may have to lower his sights or find employment elsewhere. ‘First I’ll have to look for jobs at a lower level than I’m qualified for, with less money,’ he admits. ‘If I don’t get anything, I’d have to ask my parents to help me until I find a job, and then keep looking all the time, including outside Spain.’

Pericàs knows that, like Reyes, his students face big challenges in the Spanish employment market. ‘Spain was trying to build a modern research system, but now all this is stopped,’ he says. He therefore feels his students are better served going abroad to develop and be competitive. ‘If you stay and take a lower level job, in a couple of years you have lost a lot of your qualification,’ he says.

However, there are still chemistry jobs for those who do stay behind, Pericàs adds, although wages are lower than they used to be. ‘Many of the companies here are exporters, so their situation is not as bad as companies that work for the internal market,’ he says. And even companies targeting the local market, like generic drug manufacturers, are beginning to recover. ‘As prices and salaries go down the industry is becoming more competitive again,’ Pericàs asserts. ‘Spain is now adapting to its real situation.’