How to put together a research proposal

The five points researchers should remember when pitching for funds

You know what you want to investigate. You know how you’re going to do it. Now, all you need is the funds. That means putting together a research proposal – and that can be a daunting prospect. Creating a research proposal is a common part of any young researcher’s career, but there are very few guides on how to construct them, what to include and what to leave out. 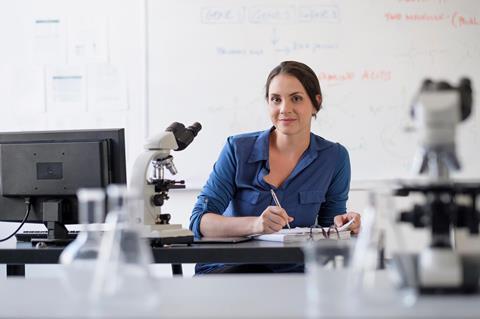 While the exact shape of the proposal will depend on your area, at last year’s Joliot Curie Conference at the University of York, young researchers created a series of draft proposals to discuss with their peers. With their permission, three researchers allowed us to give their proposals to two experts: Paul Cullis, professor of organic and biological chemistry at the University of Leicester, UK, and Peter Knowles, professor of theoretical chemistry at Cardiff University, UK.

After each of the three researchers received detailed and personalised feedback, we collected the judges’ comments and condensed them into five pieces of advice any prospective researcher should know before sending in that all-important proposal.

It’s easy to assume that the panel will understand the area you’re discussing – but that isn’t always the case, says Cullis. ‘Review panels will have a range of experts in a number of different fields, but the entire panel will need to read and understand the importance of funding the proposal. It has to be convincing for the expert in terms of detail but also have enough background for the non-expert to see the contribution.’

Knowles agrees. ‘Proposals for technical work are likely to be considered by assessors some of whom will not be totally familiar with the area. It’s a good idea to preface the whole thing with a few sentences explaining why, in particular, certain parts of the project are needed. This would also be an opportunity to argue the importance of the project, including its potential use by others.’

‘A strong and detailed rationale for the research project is a useful first paragraph, linked nicely to the applicant’s experience and previous work in the second,’ Knowles advises. ‘This would also be an opportunity to argue the importance of the project, including its potential use by others.’

Cullis agrees. ‘Funding agents want to hear: why is this important; what are the major challenges; what is the programme of research; why might this programme move the field forward and what will the impact be? Remember there is a competitive element to gaining funding, so try to avoid underselling yourself.’

‘It’s always good to give a brief explanation of methods to be used, to demonstrate the proposal has been planned and thought through,’ says Cullis, ‘It is particularly important to demonstrate that you have thought through whether the techniques are sensitive enough, and whether you anticipate any problems such as interference from other things in the sample.

One good way to achieve this, Cullis advises, is to break your proposal down into work packages. ‘Defining a series of work packages is very good practise since it provides a clear structure to the programme of research. The work packages help to define the milestones and outputs and provide evidence that you have thought through and planned the project carefully.’

However, Knowles warns, if you do include work packages make sure they are detailed – generically expressed packages aren’t as convincing to a panel as specific actions.

If you have an important intellectual property (patent), include it, adds Cullis. ‘It might also be good to comment on who might be interested in exploiting the outputs of your research programme… the involvement of industrial partners is another major strength that could be mentioned, since this signals that the project is of potential commercial importance and input from collaborators familiar with the current state of the art enhances the application.’

‘Don’t be afraid to sell your research expertise,’ Cullis advises. ‘Obtaining funds is a competitive process. Research panels will want to feel confident that, if awarded the grant, you are the person who can deliver results.’

Knowles agrees that including a section on your track record is important to impressing a panel. ‘It shows distinctive detail, as well as solid evidence of experience and esteem.’

Finally, remember that research proposal is just as important as a CV: so make sure that you take time to make it as presentable as possible. ‘It’s not a good idea to present a document that shows any sign whatsoever of incomplete editing or lack of care,’ warns Knowles. ‘There’s no need for it to be all in bold font, or missing appropriate capitalisation, punctuation or spelling errors.’