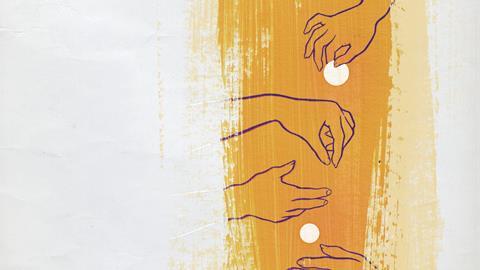 The gender pay gap is not going away

Despite a variety of activities in industry and academia, women in chemistry continue to earn less than men

For most of November and December the average woman in the UK effectively works for free. That is if you compare her annual salary to that of her male colleagues. The median gender pay gap in the UK is 15.5%, down from 17.4% in 2019. In chemistry-related jobs, the pay gap is even greater. The RSC’s 2019 pay and reward survey (of over 6000 members) reported that the median woman earns 21% less than the median man, representing £9500 less earned every year. These inequalities haven’t gone unnoticed, with the same survey indicating only 52% of women agree that their workplace offers equal opportunities for all employees, compared to 64% of men. For those hoping that gender inequality is in the past, the pay gap shows there is still work to be done. 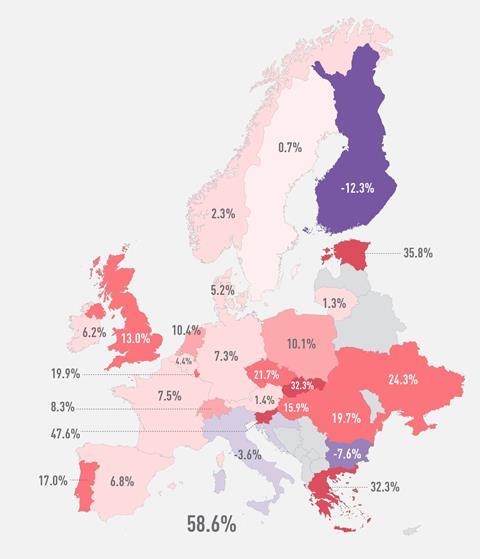 The median gender pay gap in Europe’s life sciences sector, measured by HBA and Aon. Countries shaded red have a pay gap where men are paid more than women; in purple countries, women are the higher earners

A 2019 survey from the Healthcare Businesswomen’s Association (HBA) and Aon showed similar trends in Europe’s life sciences sector. While the size of the gap varies dramatically in different countries, ‘the data suggests Europe has a gender pay gap problem that is larger than in the US and also Asia’, says Kathrin Schoenborn, HBA’s European council chair. The report also showed the largest pay gaps occurred in R&D functions within these companies, at 18.2%, compared to 11.1% in general management.

A gender pay gap exists in university research as well. ‘We certainly aren’t the worst offenders. The worst, in terms of the gender pay gap, are the legal and actuarial professions,’ says Alice Chilver, head of people and organisational development at the University of Oxford, UK, and co-founder of the Womens Higher Education Network. ‘But I don’t mean to be complacent at all, because the higher education sector still has a long way to go,’ she adds.

The Fawcett Society, the UK’s leading charity campaigning for gender equality and women’s rights, highlights four reasons for the continuing pay gap. The first, an unequal division of caring responsibilities, has been starkly highlighted in the current Covid-19 pandemic, with reports that during lockdowns women were twice as likely to need time off work to home school children than men. There is also a gender divide within the labour market, with women often in lower paid sectors; fewer women than men occupying senior roles; and lastly, direct discrimination.

It would be comforting to think that discrimination was a thing of the past, but a 2020 study from New Zealand suggests that this might not be the case. Ann Brower and Alex James from the University of Canterbury in New Zealand decided to probe the issue using the country’s unique performance based research fund (PBRF) scoring system, which measures the research quality and impact of each individual academic. Comparing 2003–2012 PBRF data to salary data for nearly 6000 academics, they found that even when accounting for seniority and academic performance, a discrepancy in pay still existed.1

‘The gender pay gap is not at all explained by research performance. So even the “superstar” women get paid less than the superstar men,’ says Brower. ‘You can take a 45-year-old man and woman and if they have the same research score, in the same field, in the same university, the man will get paid more.’ Her analysis shows that the gap is biggest in engineering and medicine, but is also high in science.

What is also concerning is that, based on this data, Brower projects the pay gap will still exist in 2070. ‘What we saw was that if we do nothing, then the gender gap will close in terms of the percentages of men and women in various fields, but women will still get paid less. So the gender pay gap isn’t going anywhere without intervention,’ she says.

Women are as likely as their male colleagues to ask for promotions, but they don’t get them at the same rate

Attempts to understand why the pay gap persists have often had a tendency to look at women themselves for the explanation: for example, by suggesting that they don’t ask for higher salaries. ‘More recent evidence says that women do apply for promotion just as often [as men],’ says Brower. The evidence to back this up includes a 2018 study of 4600 workers in 840 workplaces that found women are as likely as their male colleagues to ask for promotions, but they just don’t get them at the same rate.2

Shannon Gilmartin from the Stanford VMware Women’s Leadership Innovation Lab in the US recently probed explanations for the gender wage gap through a longitudinal study of 559 engineering and computer scientists who graduated between 2015–2017.3 Gilmartin and colleagues found that women with equivalent grades and qualifications earned less than their male counterparts, and that there was a strong correlation between initial salaries and self-efficacy – an individual’s own assessment of their abilities (which does not always reflect actual ability). ‘Once we took into account that self-efficacy variable, then the effect of being a woman on one’s salary was reduced to non-significance,’ Gilmartin explains.

‘[Our study cohort have] gone through the same [university] programmes, they have the same grades, and we do still see that there is a self-efficacy difference,’ she says, with men seeing themselves as more efficacious than women. Although the study was limited to engineering and computer science graduates, the same patterns are likely to exist across other scientific fields.

Gilmartin is keen to point out that they do not intend these results to mean that the onus is on women to change. Instead they are ‘looking at the way society and culture shape who believes they can be successful’. Chilver agrees: ‘A big theme from the narrative of the moment is that it’s not all about fixing women, it’s about fixing the system … it’s the whole picture that needs looking at.’

After her study was published, Brower says universities in New Zealand have started to take the issue seriously. ‘Whether it’s going to lead to changing policies, and whether those policies will actually work is a different matter,’ she adds. Some universities elsewhere have taken action; in 2016, the University of Essex in the UK provided a one-off uplift in the salaries of female professors, to create parity with male colleagues. However, according to the most recent figures, Essex still has a gender pay gap when using data across all staff.

In industry, Schoenborn has also found companies generally responsive. She argues for more flexibility in how salary increases are awarded. ‘When you have a yearly percentage increase, there isn’t always the ability to add extra and then it takes years to actually fill the gap,’ she says. She recalls a recent example from an HBA member who took over an international pharmaceutical company’s operation in Romania and discovered a large gender pay gap. ‘[She] initiated corrective actions immediately and she continues in this spirit, having created an “extra bucket” [to deal with pay-gaps] for this year’s merit review cycle.’

US pharmaceutical company Eli Lilly have also been making strides, according to the HBA. It has been regularly monitoring its pay-equity, which it defines as ‘equal pay for equal work, considering factors such as performance, experience, skills, job level and responsibilities’. ‘While infrequent, Lilly has made pay adjustments as warranted based on these analyses,’ says Jade Kas, Eli Lilly’s vice-president of human resources. ‘In 2017, we also started talking about pay equity more transparently with our employees and even produced a short video explaining the topic.’ To help tackle inequalities in higher management positions, the company has also introduced leadership development programmes. The percentage of Lilly management positions held by women globally has now increased to 46%. ‘While there’s more to do, we’re making progress,’ says Kas.

An important element of Gilmartin’s work is that it shows that inequalities start early on. Brower agrees. ‘The data suggest that women get hired at slightly lower ranks. They might get promoted at the same rate, or only slightly slower, but if they start two rungs lower, then that’s going to carry on throughout a career.’ The situation often continues in new jobs, as employers commonly base their offer on the candidate’s previous salary, rather than the job itself. So ironing out early inequalities will need companies to make equivalent and fair first offers based on skills, regardless of past pay. ‘The idea of a fair-pay first offer is something we as an organisation have identified as an area to influence,’ says Schoenborn.

For Gilmartin an issue is the overemphasis recruiters place on candidate confidence. ‘We know that confidence is not the same as ability. So we’re saying to employers, when you’re over-relying on confidence measures for new hires right out of college, you’re not getting the full picture of who can actually do the job.’ She would like to see new practices in the way companies evaluate candidates, with more emphasis on observing applicants performing the tasks that they would be expected to do on the job. She also suggests internships are likely to be helpful for female students before they enter the workforce.

Since 2017, UK employers with more than 250 employees have been obliged to report their gender pay difference, in the hope that transparency will itself close the gap. A 2020 study by the US National Bureau of Economic research found evidence that similar legislation introduced in Denmark in 2006 has reduced the gender pay gap. But would even greater levels of transparency, such as publishing individual salaries help further? This would likely be contentious. Instead, ‘institutions could be more specific and deliberate and public about setting targets that they aim to reach’, proposes Chilver. ‘Otherwise change is going to be glacial.’

Women are not the only group in chemistry-related careers who experience a pay gap. Ethnicity is another factor that can affect pay, although currently there is little data to understand its impact. An 2018 analysis of all academics at Russell Group universities by the BBC showed that the pay gap was greatest for Black researchers; with Black women, who also experience a gender pay gap, earning 39% less than white men. Chilver thinks that there are inequalities common to both race and gender, ‘but I imagine that there will also will be some quite distinct and subtle differences as well’. For example, the BBC analysis also showed men of South Asian or mixed heritage, earned on average more than white female academics.

The gender pay gap is a multifaceted issue, and one that seems to have persisted for years across many chemistry career sectors. But some progress is being made and working within industry, Schoenborn says, ‘I’m quite hopeful’.