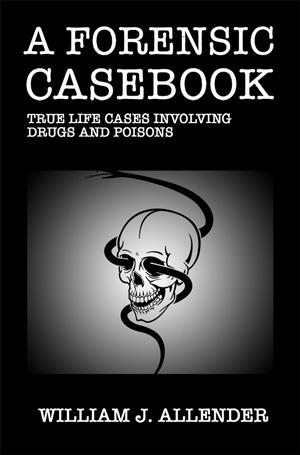 Author William Allender spent over 30 years as a forensic toxicologist, providing testimony as an expert witness and advising on cases involving drugs and poisons. His book presents a selection of 20 cases he was involved with during his career, ranging from methadone overdoses to the effects of MDMA.

The first thing that should be said about this book is that it is incredibly graphic. There are no warnings on the back cover or in the introductory text, so it might come as something of a surprise. Chapters are highly illustrated, often including uncensored photographs of corpses that are quite confronting.

This is a book you can easily dip in and out of. All chapters are stand-alone and at most 19 pages long; a lot of space is dedicated to photographs. Allender often includes background information, transcripts and extracts from police reports when recounting the cases, but the changes in style often do not sit well within such short chapters.

The level of scientific detail varies between cases. The first chapter covers a case of arsenic poisoning, and explains the different types of tests to identify the presence of arsenic as well as providing some explanation as to why one – the Gutzeit test – was preferred in this case. However, in others chapters, for example a case where someone was drugged with heroin, the quantity of a heroin by-product detailed in the toxicology report is provided, but without context to make this value meaningful.

On a more general note, the style and quality of the book are not what I had expected. Allender writes in a slightly sensationalised tone; to say he is often recounting instances where people have died either directly or indirectly as a result of drugs or poisons, this seems slightly out of place. There are also a lot of typographical errors throughout the text, and again this seems to do a disservice to the people at the heart of these stories.

However, some of the cases are very interesting, and A forensic casebook would appeal to those with a general interest in forensic toxicology and crime scene investigation.