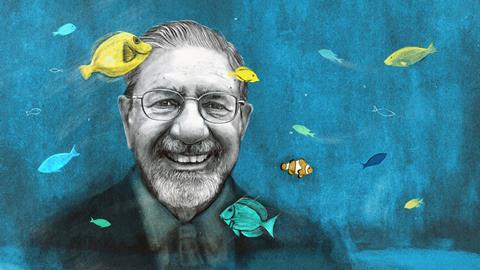 In situ with Dick Zare

The Stanford physical chemist recounts his eventful childhood in Cleveland, and how his first chemistry experiment led to a spanking

Dick Zare is a chemistry professor at Stanford University, US. He pioneered the use of lasers to study chemical reactions at the molecular level. He chaired the US National Science Foundation’s governing body, the National Science Board, from 1994 to 1996.

I am the eldest child of three, born into a dysfunctional family in Cleveland, Ohio. My father wanted to be a chemist, but he failed out of graduate school. There were books around the house involving chemistry, and I was told by my parents: ‘Leave them alone, they only lead to unhappiness.’ Being the rebellious child that I was, I decided that this must be really interesting. So, I would take them and read them at night with a flashlight, under the covers of my bed.

My first chemistry experiment was at the age of three or four. I had received a spanking from my father, and then to take revenge on him I urinated into his aquarium of tropical fish. This ended up killing the fish, which led to another spanking. But I was impressed with the power of chemistry, right then and there. I didn’t know that would happen.

I nearly failed kindergarten. They had only one requirement to pass, and it was to be able to tie your shoes – this is before the age of Velcro. I didn’t tie my shoes because I discovered that if you didn’t tie your shoes and waited, other people would tie them for you. Under duress, I did manage to scrape by the last week of kindergarten, to the great relief of my parents.

I wanted a chemistry set, but my father wouldn’t buy me one. At that time, the druggist would supply you with anything. Those days have changed, but I would go there and I would get carbon powder, potassium nitrate and sulfur. The druggist asked me did I know what I was doing, and I said yes. I did many things, including setting the basement of my house on fire.

As a teenager at school, I got into big fights with my science teacher. He had been taught that you should always answer all questions and that you should never admit that you didn’t know something or that you were wrong. I would go to the Cleveland Public Library and bring books back to class. The class loved it because they didn’t have to learn anything, and I got sent to the principal’s office. This went on and on, because I believed the truth was more important than anything else.

I did many things, including setting the basement of my house on fire

I had to win a scholarship to go on to college, because of my family’s financial circumstances. In my senior year at Harvard, I built a binary computer out of war surplus relays. It was able to multiply 3 times 9 and get 27, if the relays didn’t stick. I entered this into the science fair in Cleveland, Ohio, and it won first prize, which allowed me to go to Los Angeles to the 1956 National Science Fair.

Scientists and artists are much closer than either one of them realises. If you were a composer and you were told you can compose anything but only you could hear your music and no one else, I think it would be very frustrating. Same if a painter were told that they could paint but no one else could see their paintings. Similarly, I want to find out things about the world but I so much enjoy telling others about what I discover and how neat it is. I get a thrill out of that.

I have three daughters. My goal for them, as well as for people from my research group, is for them to fulfil themselves. To try to keep a balance between work and family – that is a challenge. I can get so involved in my work that I tend to neglect my family, and that is not right.

I don’t claim that we will understand how life came about, because no one was there and there’s no great record, but I think as chemists we are very interested in transformations related to life. Understanding living systems is a great challenge, and it’s one that chemistry can contribute much towards.

One of my hobbies is science policy. I try to influence things when I can. I write editorials and articles that get published various places about different aspects of science funding, and promoting science and engineering and mathematics.

The biggest threat is that the world goes back to a dark age, and we forget how science can inform how to live a better life. That is my biggest fear.