Failure: why science is so successful 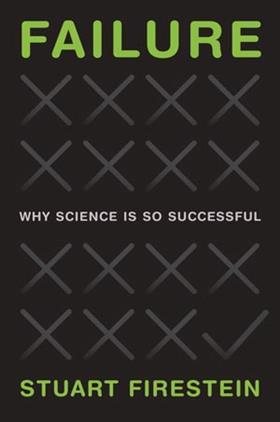 An enormous triumph of scientific discovery has recently made waves. Observing colliding black holes, researchers confirmed the existence of the gravitational waves Albert Einstein had predicted almost a century ago – a perfect arc of discovery.

‘Discoveries like this one have a soaring property that suggests smooth, accelerating progression toward a fixed goal,’ writes Stuart Firestein in his new book Failure (not referring to this but to other fundamental scientific discoveries). ‘Except that’s almost never the way it is.’ Dismissing all the failed attempts, all the hypotheses that turned out to be wrong, all the experiments that went nowhere ‘is to miss more than half of what science is about and how it works’, argues Firestein.

The author casts his net wide, starting off with defining failure and outlining why it is such an integral part of scientific success. He looks at how we teach science, what part failure plays in the context of funding practices, discusses failure in medicine and pharmacy, and even gives practical advice on how to love (and learn from) your data when it’s wrong.

I particularly enjoyed Firestein’s discussion of the ‘scientific method of failure’. The scientific method, which is often praised (and taught) as the universal rule researchers follow in their pursuit of scientific truth, falls apart in view of failure. What is left are scientists fiddling around, tinkering and eventually coming out with a model that makes sense in view of their data, though this doesn’t mean it’s a universal truth. Firestein tries to define this much more playful character of science, but fails to define an adequate replacement for the scientific method (though I doubt that he would be dissatisfied with this outcome).

For readers who aren’t keen on philosophy, Firestein’s more theoretical chapters might come across a little dry, but in retrospect the author’s insights are fascinating and enlightening. The author’s narrative shines when he moves away from philosophical musings, and explores his own and others’ experiences. His descriptions of historical scientific failures are captivating and his writing is often outright funny.

The book will certainly make for an interesting read for scientists, be it only to lighten their spirits in the face of another failed experiment.

But Failure might also be of interest to non-scientists; not to disillusion anyone who might have a glorified view of what science entails, but to make science more approachable.