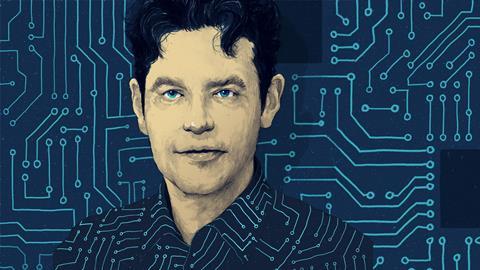 In situ with Lee Cronin

Time, wine and the evolution of humanity

Lee Cronin is a professor of chemistry at the University of Glasgow, UK, whose work focuses on controlling self-assembly and self-organisation with an aim to develop ‘inorganic biology’. 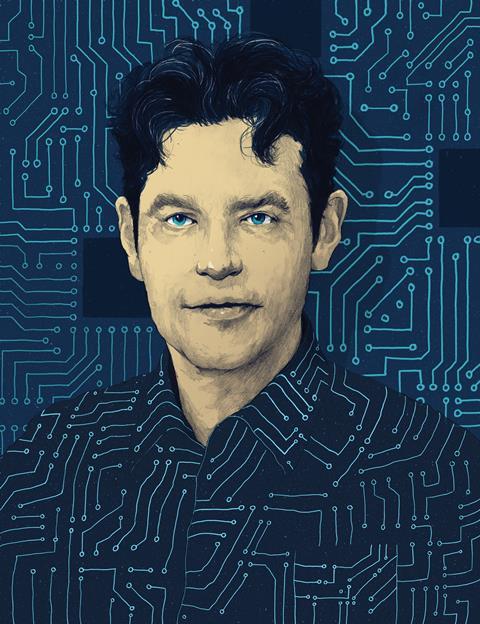 I’m annoying, but I’m not as annoying as I was. I was very brash and extrovert to try and solicit people’s opinions. I sometimes (not always) wish at the start of my career I’d known how to get people’s real views without being so outrageous; I made a lot of people annoyed when I didn’t need to. But I learnt to get real time critical feedback and good criticism is so important to do good science.

I run every day, usually between four and six miles. That’s what I use to meditate away the various trials and tribulations of being an academic, thinking of strategies to overcome rejection, position new ideas, work out how to convince people to do the experiment they just don’t want to do… A good five mile run is a meditation.

My father built us a garage with two floors. Upstairs is a granddad flat, but also a yoga gym for my wife. My wife is now a yoga teacher; she used to be a scientist, left to look after our family and decided she was so much happier. Downstairs is an electronics workshop, as I promised I would get a hobby beyond chemistry. To start, I’ve got a 3D printer and have been designing little objects to build. I’ve been printing mathematical functions as artwork, and building small robots and drones.

One of my projects over Christmas was to connect the blinds in my office to the internet, so I can open them up from anywhere in the world. And it works: I bought some power relays, connected them up, wrote the web server, wrote the code and now I can open them up. I thought that I don’t ever open them – it’s not worth it because of the light in Scotland. But I live on the edge of the Campsie Fells and it would be nice to see them.

Don’t lose sight of the mission, work out why and what you are doing and don’t deviate.

When I was at high school, I was in the air cadets and used to go gliding. When the plane tows you up or you are launched you can’t get distracted; you have to stay in the air. Sailing replaced gliding – lasers and 2ks. Again, you can’t get distracted because of the wind. It helped me to stay focussed on the mission. That is what I try to tell new academics: don’t lose sight of the mission, work out why and what you are doing and don’t deviate.

Andy Murray has the mentality of academic: no matter what gets thrown at him, he returns the ball. When a paper or grant gets rejected you get it back, put a bit of spin on it, get it over the net and see what happens to it. The determination Andy Murray has made him the number one tennis player in the world. Watching someone like that, you have to teach your colleagues to be that determined if they really believe in the science they are doing.

I’m calling it chemonics. I invented it just now! Not sure what it means yet…

I like films that are asking deeper questions about humanity and perception of reality. Arrival was quite a good one, challenging how we think about our reality. I’m obsessed with time, and the physics of it; it might be turning into a new ‘hobby’ for me. TV is rubbish, we don’t watch it. I just want to spend time with my family so sharing a storyline is a way to do that… we just need to make time to remember each other.

The fusion of digital and chemical science is the thing to watch in chemistry right now. That is going to change the world. My own love is looking at the area of complex chemical systems or systems chemistry – I’m calling it chemonics. I invented it just now! Not sure what it means yet…

I try and drink as much red wine as I can – not in an alcoholic way, I like choosing and drinking it. I collect information about what I’ve drunk and what I like with an app: I’m interested in digitising my wines. I love pomerol and different Bordeaux.

I’m currently reading Sapiens by Yuval Noah Harari, and – for the tenth time – Zen and the art of motorcycle maintenance by Robert Pirsig. I’m also reading up on artificial intelligence and writing new algorithms to play with it. Partly out of general interest, but I’m obsessively combining it with my science. I can also convince myself that I’m doing some proper research with my own code. The line between what I do professionally and for relaxation is very blurry; it’s part of the reason I can be that committed to it.

In half a billion years the surface of the Earth will not be habitable by organic creatures. But by then we will have gone beyond the organic form or moved planet. I think we’ll do both. We’ll never get rid of the shackles of evolution; human beings will have to transcend evolutionary reality by making a new life form that will not necessarily have the baggage of evolution.

Governments no longer understand (or care about) the imperative of curiosity. Our very existence as a species is from our curiosity and overcoming material limitations. We always couch science in economic terms… if you can’t explain the economic reason in 2–5 years you can’t do it. That is one of the biggest mistakes. We’ll lose our deep specialists and people will lie about what they’re going for. We’ll lose the cancer cures, the lasers, the GPS, simply because we have to explain to politicians. I don’t mind going for new technologies, innovations and so on, but in return I want to be able to be curious without over justification. But one of my proudest research achievements seems to have come from the ‘push’ to develop a new technology. That’s awesome as we all – society, politicans and curiousity-addicted scientists – get what we want.

Lee Cronin is a professor at the University of Glasgow, UK