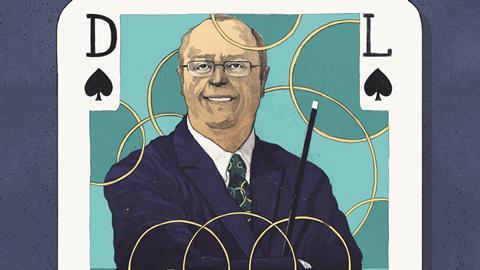 'I wish I'd known you get graphene off pencil marks!'

David Leigh is a professor of chemistry at the University of Manchester, UK, whose work focuses on using non-covalent interactions and controlled molecular motion to produce nanomotors and molecular machines.

When I was younger I played a lot of contract bridge. I represented Great Britain at a world Olympiad in the 1980s and won a national championship in Scotland a few years ago. During my PhD I had to make a choice whether to turn pro or not, I gave it up for 20 years. Two of the four team members I played with at the Olympiad in Miami in 1986 turned pro. I probably would have changed to poker if I was going that route: it’s more lucrative. I enjoyed playing at a high level, but when you play for money you’re trying to get through as many hands as you can to win as much as you can, and I didn’t enjoy that.

Our group has season tickets to see Manchester United. We have a lot of foreigners in our group and it’s one of the things Manchester is famous for. The only way to see top teams is a season ticket, so we have a pair so people in the group can see one or two games a season.

Magic teaches you that even if you know what you have at the start and the end, you don’t really know what’s happened in between

New wave and punk was the music of my teens and has always been important to me. The Jam, Elvis Costello, Billy Bragg and also earlier artists like Bob Dylan and early David Bowie. Lyrics are important to me in music. I have it on when I’m working on papers. A few months ago I’d been listening to The Jam – aggressive, young person music – and had to go through a paper, take out all the aggressive language and tone it down.

What do I wish I’d known at the start of my career? That you can make graphene by just ripping Sellotape off pencil marks!

The hardest thing I’ve ever done was tell my 10-year-old daughter we were leaving Edinburgh and she was leaving behind all her friends. Probably sounds silly to others but that was tough for me. 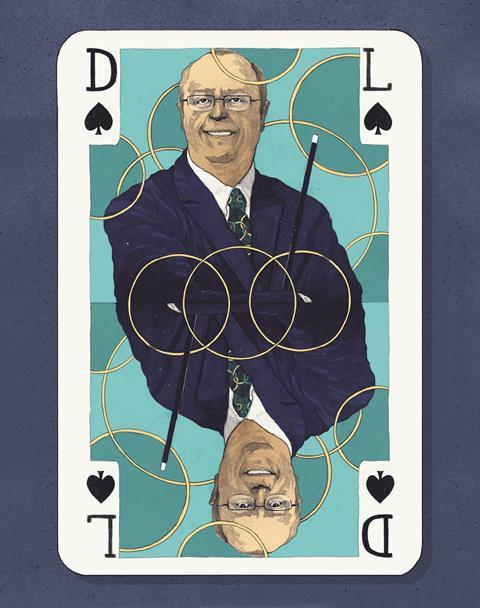 I don’t like films I can’t figure out, like Inception, where lots of weird things are going on. I hate that – I like films telling stories from A to Z. Two of my favourite films are Schindler’s list, which is very emotional, and the romantic comedy My cousin Vinny.

I had a Datsun estate as a PhD student and the car’s radiator had gone. I had to pour stuff in to clog it up, as water was streaming out. The day I moved away from Sheffield to do my postdoc, I left it abandoned outside some metal recycling place. I just left it and took the plates, it was a pile of junk.

Phil Baran and David MacMillan are two of the most exciting chemists in the world. Organic synthesis was seen as being a mature field, but both of them, in different ways, have definitely changed that view; MacMillan with organocatalysis then photoredox catalysis, and Baran with his extraordinary short syntheses of complex natural products.

There is a relationship between magic and science. I’m a member of my local magic circle, and I use magic in my lectures as a presentation tool. I got into magic when I started off at a lecturer at UMIST after my postdoc. I was in a tutorial and knew how to handle cards from Bridge, and knew a trick that would illustrate a point. The students liked it and I started to do more for them. I have a reasonably small repertoire that I can do, and learning a new effect takes considerable time. My group get worried that when they do a great bit of science they also need to convince me to come up with a new trick. At the moment it’s with knots and related things.

I try to go to a magic conference in the UK every year, and it’s like a science conference – lectures, tutorials and small group teaching. When magicians are giving a lecture they have to cite the people who have done similar, just as you would in a scientific paper. If you don’t do that the magicians get very upset. Magic teaches you, when you’re a chemist, that even if you know what you have at the start and the end of an experiment, you don’t really know what’s happened in between. It is a reminder that there may be other things going on and we are always extrapolating from just a few known facts.