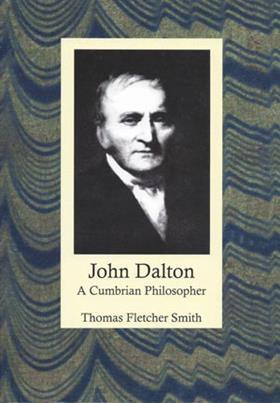 Even the least historically-minded chemist knows the name John Dalton from his pioneering work on the atomic theory of matter. John Dalton: a Cumbrian philosopher aims to enhance our knowledge of him by tracing his origins, from his birth into relative poverty in Cumbria in 1766 to his position of eminence in science.

Dalton lived and worked in Manchester, UK, for 50 years, and was greatly respected there.  Indeed, Manchester tends to claim Dalton for its own – there are three statues of the scientist in the city and Manchester Metropolitan University’s science building is named after him. But he was actually a Cumbrian, returning home every year to visit friends and enjoy the countryside’s lakes and fells.

Dalton was not primarily a chemist. He earned his living as a schoolmaster, mainly teaching mathematics, and his primary scientific interest was meteorology. It was through his attempts to understand the atmosphere that he became interested in the physics of gases, and later in their chemistry. The latter led him to the notion of chemical elements being made up of atoms, each characterised by their own atomic weight. This had the effect of putting chemistry on a precise mathematical basis.

Dalton has not been well served by his biographers, the earliest of whom dismissed him as somewhat dull and uninteresting. He also had the misfortune that many of his papers were destroyed when a bomb fell on the Manchester Literary and Philosophical Society in December 1940, making any revisions to these early judgements difficult.

However, the present book is an attempt to do so. Written by Thomas Fletcher Smith, the book revisits the life of Dalton and attempts to describe his achievements and influences. One clearly seems to have been his place of origin; another was the Quaker faith in which he was raised.

This book is fairly short, but very well written. It tells the story in a lively and interesting way, and makes an excellent job of portraying Dalton as a real person. In this account, he is by no means dull, though he is certainly very dedicated to his scientific work. The result is a charming contribution to the history of chemistry, and one worthy of marking the 250th anniversary of Dalton’s birth.