Life atomic: a history of radioisotopes in science and medicine

The University of Chicago Press

As a career chemist in the field of radioisotopes in medicine, I admit to a faint pride that an academic historian should trouble to chart the origins of my profession in such depth. Life atomic is thoroughly researched, referenced and indexed, but it is also an entertaining work, illuminating a key period in the development of radioisotopes. 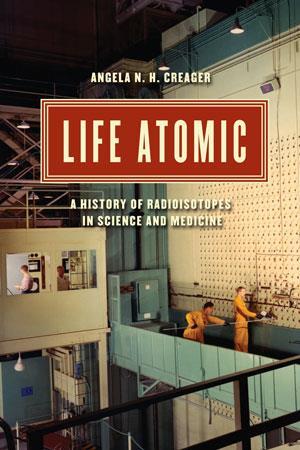 Each chapter approaches the subject from a different viewpoint, offering a range of perspectives. The politics of national security and the uncomfortable juxtaposition of military and civilian research in the cold war years are followed by the changing technologies and economics of radioisotope production and dissemination. Then there are the great 20th century discoveries made using radiotracers (metabolic pathways, ecological cycles, medical diagnosis and therapy, and more), the ebb and flow of public perceptions of radioactivity, and the development of regulatory frameworks.

The chapters can and should be read independently; indeed, reading them in sequence leads to a sense of repetition since only the perspective (political, military, scientific, medical, economic and commercial) changes. This is a strength, and provides a well-rounded overview. The many references to letters, political speeches, contracts and sales invoices both entertain and convince, making the book enjoyable not only for those ‘in the trade’ but for all scientific and health professionals since it transcends conventional disciplinary boundaries. However, despite the rigour, the author fails to acknowledge, in the title or the preface, the book’s narrow focus both geopolitically and temporally. It is almost completely US-centric, and focuses almost exclusively on the years immediately before and after the second world war.

The great founding discoveries in radioactivity in early 20th century Europe go unmentioned, as does progress in production and use of radioisotopes in Europe during the 1940s and 1950s. The 1960s onwards is an afterthought and progress in the last few decades, such as routine availability to patients of positron emission tomography, and the associated rise of the private sector in medical radioisotope supply, are undocumented.

Perhaps we could hope for a second volume one day. This one is entertaining, informative and leaves us wanting more.