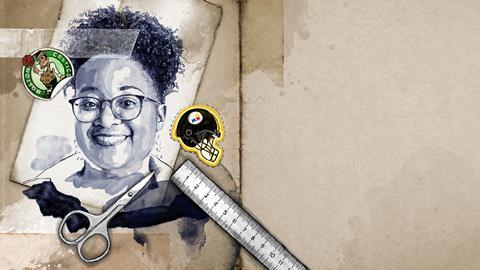 In situ with Malika Jeffries-EL

The materials chemist on memories, sports and Donald Trump

Malika Jeffries-EL is a chemist at Boston University researching organic semiconductor materials. In 2018 she was made a fellow of the American Chemical Society. She was speaking with Kit Chapman.

I’m into scrapbooking, creating elaborate memory books where you attach photos and related documents. They chronicle your life, your friends, your adventures. When I do it, it’s a retreat: I get a willing participant and we do a whole weekend. Last time we did it, my god-mom came to visit and brought a stack of grandkid photos. We spent two whole days drinking wine in the evenings, tea in the afternoons, working on our books. It’s about beautification of your memories, memorialising the thing you’ve done in the past.

When I was a kid I was inspired by [first African-American woman in space] Mae Jemison. I could imagine myself being a doctor. I didn’t want to be an astronaut, but I thought ‘Wow, the sky is the limit.’ I had no desire to go into space, but she was an amazing example.

I’m a huge sports person. I love American football and basketball. My team is the Pittsburgh Steelers; I’m the type of person who knows the schedule and plans her Sundays accordingly. My basketball team are the Boston Celtics. I liked them before I moved here! I grew up in New York but was never a fan of their teams; I went to college in Boston so felt entitled to cheer for them. I never saw football until I went to Pittsburgh for my postdoc. Football is a religion there. But for college sports I’ll always cheer for Iowa State and my Cyclones.

New Yorkers will judge you by your pizza – and pineapple does not belong on one!

New Yorkers are the official pizza snobs. We don’t even believe what they serve in Chicago is a pizza. We’ll judge you by your pizza – and pineapple does not belong on one! I’m a fan of a margherita, so diced tomatoes, basil, coriander. Maybe chicken or beef on there if I want protein. 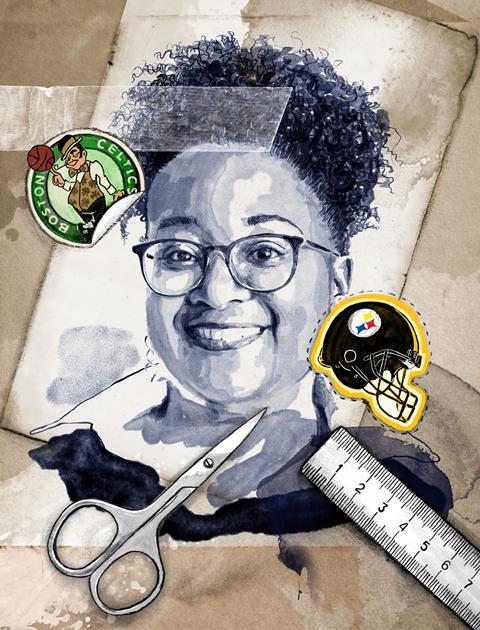 I have an odd relationship with TV. If I feel like getting lost I will binge watch, otherwise it’s just mindless background stuff. I like to watch TV shows that are disconnected, so it doesn’t matter if you don’t watch every episode in a row. I like to binge watch shows like Scandal, How to get away with murder. Those are my guilty pleasures. I also love Orphan black and Black mirror.

A city is good because you have access to anything at any time. When you leave New York you’re shocked that there’s no place open at any time selling whatever you need. I laugh, because that’s what’s comforting, but sometimes the hustle and bustle of the crowds make it sometimes that even you can do anything, you never bother because it’s so inconvenient.

I rarely go out to see movies. I’m so consistently behind I can just as well watch them when they come on Netflix! I will treat myself for something with big visual affects you need to see in theatres. Most recently I saw Black Panther and Wonder Woman. There’s a local cinema with a recliner and they’ll bring food to you.

His slogan was ‘Make America great again.’ Well, let me know when we get to that, because it was pretty good and now it’s terrible

Last Summer I walked the Freedom Trail with my family – a map that showed the end part of the Underground Railroad, and historical sites associated with abolitionists, Paul Revere, things like that. Next up is the John F. Kennedy memorial library.

The tenor in the US has changed for the worse since Donald Trump was elected. His slogan was ‘Make America great again’. Well, let me know when we get to that, because it was pretty good and now it’s terrible. There’s a menacing, dark undercurrent. I have a lot of friends who have worked in government, policy, budget, things like that. I’ve come to realise that the things Trump signs with these broad strokes, but a lot of it hasn’t come into fruition because it’s against the law. The thing I’m most passionate about is equity and diversity. Trump’s administration is problematic because he stands for a lot of hatred towards minorities’ populations.

Malika Jeffries-EL is a materials scientist researching organic semiconductor materials. In 2018 she was made a fellow of the American Chemical Society. She was speaking with Kit Chapman.