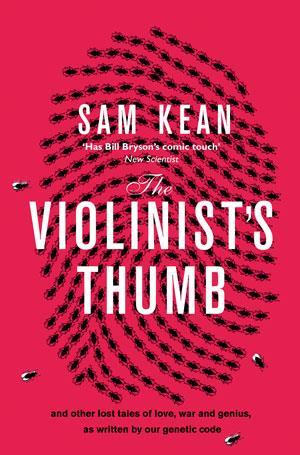 Each chapter of this weighty hardback is an education in a serious question of genetics. What makes it distinct is that, while tramping through Sam Kean’s medley of characters and anecdotes, you enjoy yourself so much that you hardly realise it.

Kean has two skills which make this possible. The first is a capacity for a staggering amount of research; not just into the hard science of genetics, but also the human stories that have helped prompt and delineate the questions in the first place. The second skill is to weave the science together with adventure, history and anecdote to present his material in enthralling narratives.

One story is of Jack, a man who owned 689 domestic cats and endured all that such a life entails. It sounds crazy, but Kean explains that there could be genetic reasons for this kind of bizarre addiction to things which are bad for us. Specifically, a parasitic microorganism nicknamed Toxo might be responsible. It makes its home in the brain (including human ones) and has, at some stage in its evolution, acquired the genetic manufacturing instructions for dopamine, a chemical that activates neural reward circuits. According to Kean about half of humans are infected with Toxo, and there is evidence that it can influence our behaviour by ramping up dopamine production at opportune moments. Scary – but riveting – stuff.

Also agreeable is the fact that each chapter is a self-contained story. And though it would be easily possible to read it from cover to cover (as I did – pretty much), there is a punchline to each chapter, which makes it easy to dip into the book, learning as you go.

Overall this is a book that is expertly written and hugely satisfying as a result.

Purchase The violinist’s thumb from Amazon.co.uk.