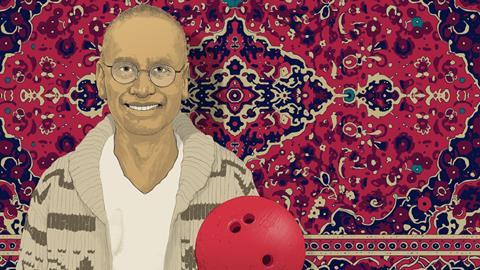 In situ with Venki Ramakrishnan

On optimism, Jane Austen and why he wants to be Jeff Bridges

Venki Ramakrishnan is an Indian–American–British structural biologist. He is the president of the Royal Society and chemistry Nobel prize winner for his work on the structure and function of the ribosome.

Scientists, regardless of how grumpy or down they may feel, are all optimists. If they weren’t, they would have left! In science, most of the time things aren’t working. When it does work, you publish and you move on to the next step that isn’t working. So scientists have to be an optimistic bunch.

I like all kinds of fiction, from detective stories to complicated novels. I’m fond of South American literature, of Indian literature, and also modern English writers like Julian Barnes and Kazuo Ishiguro. A few years ago I read Jane Austen for the first time, as I had been outraged people had suggested her for a replacement for Charles Darwin on the banknote. I thought everyone in the world knows Darwin, he changed the face of biology, and Jane Austen was not universal in the same way. But then I started reading her books. She was a brilliant prose writer and very witty. I’m much more sympathetic to the idea now.

I’m worried I’m too addicted to surfing news websites where you get a quick hit. People have less time to read long books that take sustained time and effort. It seems to be creating a sort of attention deficit disorder. One of my resolves is to get back to reading long form literature and non-fiction.

I grew up with south Indian classical music, which is still my first love, but then my parents moved to north India, and I began to appreciate north Indian music too. When I went to the US in my late teens, it was the time of The Beatles and Simon and Garfunkel. I like jazz, too, and in America I developed a liking for Western classical music. So now it’s 40% Indian classical, 40% western classical and 20% other things. I really took to chamber music. Chamber music strikes me as spontaneous – a conversation between players, among different voices – and that’s very similar to Indian music.

My lab gave me a T-shirt with The Dude from The Big Lebowski on it. It’s one movie that all guys – and a few women – seem to like

My lab gave me a T-shirt with The Dude from The Big Lebowski on it. It’s one movie that all guys – and a few women – seem to like. We all want to be the lazy guy who doesn’t care about much except having a good time, but we’re too afraid to adopt that lifestyle. 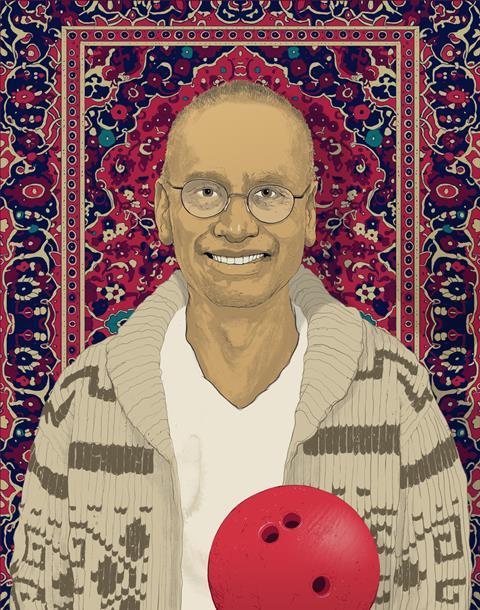 I don’t own a car; I ride my bike everywhere. I live in Cambridge, and my wife and I have been on cycling holidays in Norfolk coast. We start near Watlington, and head east along the coast, it’s a beautiful part of England.

I was never very good at sport. I was two years younger than the rest of my class. That’s OK if you’re good at studies but in sport that’s a real handicap. I was reasonably good at was table tennis, and OK at badminton. I continued to play in the US but stopped when I moved to the UK. My house doesn’t have a basement, let alone a basement big enough for a table-tennis table.

I would have liked to have been a writer. That was one of my fantasies. But early on, in high school I was interested in something STEM-like, and I thought I might want to be an engineer or doctor.

I love idli – steamed bread from southern India, eaten with spicy chutney. It was one of the first things I ate growing up, so I always think of it as a comfort food. It’s a fermented dumpling, round and puffy.

Very few of us in science think about the question we really want to answer; we often think about and do the next obvious experiment and keep doing that until we retire. Coming to the Laboratory of Molecular Biology in Cambridge on sabbatical changed my way of doing science. Instead of doing the next thing that was obviously doable, I started to ask what big question I wanted to answer and then worked backwards: what did I need to learn and do to get to that goal? That was a very valuable lesson of how to do science and I couldn’t have learnt it too soon.

I’m fascinated by two areas of science: neuroscience and the idea of how we remember things and behave and consciousness, which seem mysterious; and also machine learning and artificial intelligence. It’s not clear the two are related or that machine learning in any way replicates how humans think, but it’s possible the two fields might learn from each other.

Science is a store of the knowledge of humanity. It’s part of our culture and a triumph of human achievement to know these fundamental things about the world around us, in the same way art and music and literature are. We should never short change basic science.