Material scientists are taking a leaf out of nature's book in the hunt for new products. Michael Gross investigates

Material scientists are taking a leaf out of nature’s book in the hunt for new products. Michael Gross investigates

Nature is a master builder and engineer on many different scales, from trees to cells. We are still a long way from being able to mimic all that nature can do, especially at the small scale. 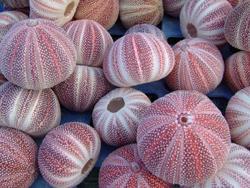 Consequently, researchers interested in nanomachinery and nanostructured materials often look at nature for inspiration. To create new materials with a little bit of help from biology, they can turn to proteins and peptides, to other biomolecules including DNA, or even to entire cells.

Although we still don’t have a perfect way to meet all of our material needs, interesting biological/inorganic materials are emerging from all three approaches.

Biomineralisation processes leading to intriguing structures such as diatom shells or the glassy needles (spicules) of marine sponges rely on proteins and peptides with unusual properties. These had proved difficult for researchers to unravel, but were finally understood a few years ago (Chemistry in Britain, July 2003, p33).

Inspired by these examples, researchers have looked for other ways in which proteins and peptides can influence how materials form in both natural and synthetic environments. They have found a wide range of interesting and potentially useful phenomena.

Diatom shell formation depends on help from positively charged polyamines and proteins with polyamine modifications. While these molecules are very difficult to handle and study using conventional methods, several laboratories have looked at the reverse charge distribution, creating mineral structures with the help of acidic biomolecules, which are also frequently found in biomineralisation. One rather surprising outcome of this is the development of peptides expressed in Escherichia coli that can catalyse the crystallisation of metallic gold from a solution containing gold ions.

A team from the University of Bristol, UK, has suggested a less glittery, more down to earth path to using biomolecules in building mineral structures (Chemistry World, November 2004, p18). Stephen Mann, Avinash Patil and Eswaramoorthy Muthusamy developed a clay variant modified with propylamino groups. By protonating these groups, they dissociated the layers of the clay (exfoliate), and then used chromatography to select smaller aggregates. These wrap around biological molecules including lipids and protein molecules such as haemoglobin and glucose oxidase, resulting in soluble, active proteins protected by an inorganic wrapper.

In their most recent work, Mann and his co-workers have created a solid-state variant, namely proteins immobilised between the layers of the modified clay. To achieve this, they used the same clay preparation and exfoliated it in the same way.Then, instead of applying size selection, they used the layers fresh from the exfoliating step, allowing them to form the typical clay layercake structure again, only with protein molecules intercalated between the sheets.

Thus, instead of individual protein particles wrapped in clay, they obtained proteins immobilised in the solid state. Incredibly, the biological activities of both the oxygen carriers (myoglobin, haemoglobin) and the enzyme glucose oxidase were retained in this immobilised state.

At extreme conditions, which destabilise most proteins, the clay even protected them from losing activity. For instance, the glucose oxidase intercalated in clay retained near optimal activity over an unusually broad temperature (25-70?C) and pH range (4-9). ’Because the method is so simple, and can be applied in principle to any large negatively charged biomolecule, we expect there to be numerous potential applications,’ says Mann. ’For example, many different types of proteins and enzymes, as well drugs, viruses and vaccines, could be stabilised by our wrapping process.’

A different approach to biomaterials is to use biomolecules that are not naturally involved in construction tasks but which possess some interesting features that may serve in this context.

The most prominent example for this is DNA. Since the early 1990s, pioneering work from Ned Seeman’s group at New York University, US, has shown that DNA can be used as a construction material to create all kinds of interesting nanoscale objects, including highly symmetrical cage molecules, and zeolite-style 3D arrays.

DNA sequences can be programmed for highly specific binding to parts of other molecules. This, combined with molecular biology methods, which make producing and analysing specific molecules straightforward, provides DNA with a unique advantage as a nanoscale production material. Recent work from several other laboratories has added a functional component to this, showing that DNA can serve as a molecular robot moving on tracks also made of DNA.

Several research groups have now started to combine the advantages of DNA with inorganic materials to create new bio-related materials. Stephen Mann and his co-workers set out to demonstrate that DNA can be used to connect very different materials.

Last year, for example, Mann and one of his postdocs, Mei Li, reported a 3D nano-structured network, in which DNA linked the iron-carrier protein ferritin to gold nanoparticles. Each type of particle had a specific signature DNA extension. By adding a third DNA strand, half of which is complementary to the ferritin-DNA, and the other half complementary to the gold-linked DNA, the researchers were able to hook the two different particles to a network, starting from a random dispersion.

It is easy to see that this method could be extended to any number of particle types. One could, for example, have seven different types of particles dispersed in a liquid phase, and add a specific DNA ’key’ to hitch up only types four and seven with each other, ignoring all other combinations, or only types one and five, or any desired combination. To dissociate the network again, one could add excess quantities of a soluble DNA strand that hybridises with the key strand and thus sets the particles free again, ready to be connected in a different combination. ’Unlike biological surfaces, inorganic particles display very little useful information, but by binding DNA to the nanoparticles we produce structures that can be assembled in a controlled manner,’ explains Mann. ’In essence, we are making intelligent nanoparticles that have in-built surface codes for selective recognition.’

Using a similar approach, Mann’s group has also produced a satellite structure consisting of a silica core (100nm diameter), and gold nanoparticles (11nm) decorating its surface. Combining this approach with the multi-functionality afforded by the previous study, researchers will be able to create well-defined multifunctional complexes on the scale of sub-cellular particles, such as the ribosome.

Apart from just being the highly specific sticky bristles in this toychest of molecular stickle brick, however, DNA can in some situations also be the payload. Thus, Matthias Epple and his colleagues at the University of Essen together with a team led by Rolf Heumann at the University of Bochum in Germany have created DNA-inorganic nanoparticles with the ultimate goal of creating better carriers to smuggle DNA into cells. This is necessary both for fundamental molecular biology research and for gene therapy. The German researchers created functionalised nanoparticles by precipitating calcium phosphate from aqueous solution, then simply mixing this dispersion with DNA in water.

The resulting dispersion of DNA-coated particles is stable in a fridge for several weeks, and delivers the DNA to the nucleus with better efficiency than conventional methods. The authors speculate that the smaller particle size may contribute to the success.

Rather than picking individual biomolecules to link them to their inorganic material, some researchers prefer to let entire living cells do the work for them. Muraly Sastry’s group at the National Chemical Laboratory in Pune, India, for example, has used fungi to precipitate carbonate minerals from solution. These researchers made use of the fact that fungi produce carbon dioxide. When challenged with Ca2+ or Ba2+ ions, the organisms produced extracellular minerals of unusual morphologies, which were obviously controlled by proteins secreted by the cells. For example, the fungus Verticillium, when exposed to calcium ions, produced spherical particles of the highly unstable CaCO3  morphology known as vaterite.

Driving this approach even further, the Indian group is now also using biological sources for the metal ions. ’We are trying to use plant extracts as sources of metal ions and combine them with fungi and other microorganisms that supply us with CO2,’ Sastry explains. ’We are also looking at traditional plant extract based bone-healing recipes popular in the Indian sub-continent,’ he adds. Maybe the healers knew about this kind of biomineralisation all along.

While Sastry keeps the cells and the materials they create separate, other researchers have produced ceramic materials with living cells incorporated. For example, Wolfgang Pompe and his colleagues at the Technical University of Dresden, Germany, together with Horst B?ttcher’s team at the GMBU institute in the same city, are involved in developing living ceramics or biocers.

In their most recent work, the German team has investigated methods to revert Bacillus spores - which represent a dormant state of the bacterium - back to an active state after incorporation in a ceramic material, using a calcium dipicolinate chemical signal.

In the long term, the researchers from Dresden are trying to develop living ceramics that incorporate a wide range of organisms, including yeast and algae, which could serve as immobilised biocatalysts in a range of different processes. Pompe says: ’We are hoping to use biocers in very different applications, such as diminishing the pollution of drinking water with arsenic or uranium, and using metabolic processes to produce special pharmaceuticals.’

Considering the diversity of approaches, it appears that using biological agents and principles to create new materials is a science that is still very much in its exploratory phase.

It is clear that inspiration from nature is useful, but as researchers don’t yet know which molecules, strategies, or principles will yield the best results, they have to explore many different possibilities and be prepared for surprising results. Material research may still be a long way away from matching the performance of living cells, but lessons are certainly being learned.

Michael Gross is a science writer in residence at the school of crystallography, Birkbeck College, University of London.

Researchers have coaxed the best-studied organism of all times, our gut-dwelling tenant Escherichia coli into producing a peptide that has the ability not only to bind to solid gold surfaces, but also to precipitate gold crystals from a solution of gold chloride.

John Evans’ group at New York University, US, has investigated this phenomenon more closely, using a range of methods including circular dichroism and NMR spectroscopies and mass spectrometry. They found that the gold-binding 14 amino acid repeat is intrinsically unfolded and thus highly unlikely to act on the crystallisation process via any kind of templating mechanism.

NMR data suggest that the sequence GAT (glutamine, alanine, threonine) is likely to be the primary interaction site with the metal. ’At present, we are examining the conformation of this peptide on gold surfaces, using solid-state NMR,’ says Evans. ’Our eventual goal is to understand how the solution structure of the polypeptide allows it to adapt to gold interfaces, and how it is structured once it has adsorbed.’

The catalysis mechanism remains unclear, but as the biogenic gold crystals resemble those obtained from reduction of AuCl3 with citric acid at high temperatures, researchers have suggested that a local acidic environment may play a crucial role. Further clues may emerge from comparative studies of bacterial species that naturally evolved ways of precipitating silver.

While gold crystals may be of little use to bacteria, the gold-binding peptides provide fundamental research into biomineralisation with a simple model system that can be interrogated via standard molecular biology techniques.

Gold nanoparticles are also often used in nanotechnological applications, and the bacterial approach to creating small gold crystals may turn out to be technologically relevant.

As part of the RSC and the German chemical society’s (GDCh) collaborative work, Chemistry World and Nachrichten aus der Chemie are publishing a series of articles simultaneously in both magazines. This article continues the series.