Researchers worldwide are commemorating the centenary of Alois Alzheimer’s first description of the dementia named after him. They are meeting today at the University of T?bingen, Germany, where Alzheimer presented, in 1906, the case of a patient who had shown premature dementia at 51, died within five years, and whose brain displayed unique abnormalities. 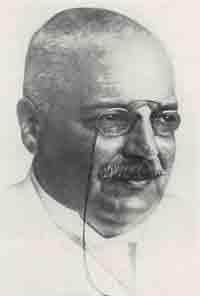 Experts admit that, even after 100 years, the treatment options available to date - including promising cholinesterase inhibitors such as a drug called Donepezil, and the N-methyl-D-aspartic acid (NMDA) receptor antagonist Memantine - offer only marginal benefits. But Eric Robertson and Lennart Mucke from the University of California at San Francisco, US, forecast better times ahead. They point to many new therapies in the pipeline that directly target the mechanisms underlying AD.

There are six different treatment strategies currently in Phase III clinical trials, and at least a dozen more at Phase II. These trials address a range of different targets, including: the production of the notorious Abeta peptide; the immune response to it; and the pathways by which it should be cleared in the healthy brain. Beyond Abeta, strategies involving nerve growth factor, apolipoprotein E, or protein tau are also under development.

Alzheimer’s disease researcher Lary Walker from Emory University at Atlanta, Georgia, US, says recent developments have turned the field around. ’Ten years ago, I would have been pessimistic,’ he told Chemistry World. However, ’with the recent boom in research on proteopathic mechanisms, and the emergence of therapeutic strategies that impede the Abeta cascade, I am now optimistic that an effective treatment may be only a decade or less away.’