Taste is transmitted from tongue to brain by the molecule adenosine 5'-triphosphate (ATP), not serotonin as previously thought, scientists in the US claim.

Taste is transmitted from tongue to brain by the molecule adenosine 5’-triphosphate (ATP), not serotonin as previously thought, scientists in the US claim. 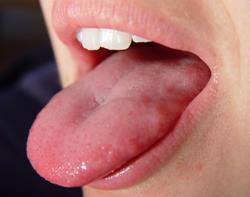 Thomas Finger at the Rocky Mountain Taste and Smell Centre tested the theory that serotonin is responsible by offering differently flavoured water to mice that lack serotonin receptors.

Mice were offered monosodium glutamate, caffeine, citric acid and other distinctive flavours to taste. The serotonin receptor-deficient mice responded to these tastes in the same way as mice with serotonin receptors. By contrast, mice without receptors for ATP showed no response to the varying bitter or sweet tastes. Animals could choose between water bottles containing either flavoured or plain water. If they preferred a flavour they drank from that bottle, if not, they stuck to plain water.

’We had thought that ATP and serotonin might mediate responses to different taste qualities, for example bitter and sweet via ATP and sour via serotonin, but we did not see that,’ team leader Finger told Chemistry World.’ This suggested that ATP alone is responsible for getting taste message to the brain.

To confirm ATP’s role as the taste neurotransmitter, Finger’s group tested the response of taste bud cells in vitro. The cells released ATP when bitter-tasting compounds were added.

’I find it remarkable that a common biological molecule such as ATP, which is present in every cell, can take on this specialised importance in the proper context.  It seems true for taste buds in all species examined so far, ranging from fish to primates,’ said Finger. Katharine Sanderson