Argentinean battle over agrichemical use 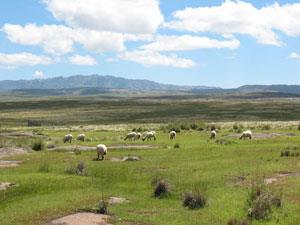 The conviction of two people in Argentina for illegal pesticide spraying near residential areas could be the first of many, as activists vow to change the way farmers use agrichemicals. However, the new precedent is not expected to affect agricultural production, according to government and industry sources.

Francisco Rafael Parra, a farmer, and Edgardo Jorge Pancello, a pilot, were both given three year suspended sentences. The two were convicted of spraying pesticides over residential areas close to the Ituzaingó neighborhood, in Córdoba province, in one of the most productive agricultural regions in South America. They plan to appeal. A third man was acquitted.

Over the last 10 years Argentina’s GDP has grown between 5% and 12% each year and this is mostly thanks to the export of soya bean and grains.

‘Every herbicide is toxic if you don´t use it in an appropriate way,’ says Jorge Tezón, manager of the science and technology department of Conicet, the main funder of science in Argentina. Tezón’s view is backed up by the official government line. ‘This is a case of bad practices; this is not about the chemical composition of the pesticides. Like any domestic insecticide is toxic if you spray it over a person for instance.’ He adds that all the products used in Argentinean fields are certified according to national and international rules and should not cause any health damage when used appropriately.

Industry is taking a similar position. Juan Cruz Jaime is executive director of Casafe, the Agrohealth and Fertilisers Chamber, an association of companies that produces agricultural technologies. Jaime says that ‘we focus on good practices and we train thousands of farmers every year to use pesticides according to law. We don’t know how widespread these bad practices are in Argentina but we are not afraid of more trials; if somebody breaks the rules, they have to pay for that.’ Jaime also says that there are similar organisations like Casafe in neighbouring countries such as Chile and Brazil following this problem and he doesn´t know of any similar cases of agrichemical abuse brought before the courts in Latin America.

However, for environmental and popular movements this trial was seen as a test case against the intensive use of agrochemicals that might lead to more prosecutions. They are convinced that there is a link between pesticide use and cancer and birth defects. Avila Vázquez, coordinator of the Physicians Network of Sprayed Towns, is happy with the court’s decision and expects further trials in other towns in Córdoba province. ‘Now they can´t spray over schools and towns,’ he says. ‘We will make hundreds of criminal complaints.’ He argues that is not about ‘good and bad practices’ but about the system itself, with the use of transgenic grains and huge amounts of herbicides. Vázquez says the intensive spraying of crops has health consequences: ‘In the last decade spraying has changed the pattern of diseases: you can see it.’