Scientists at the University of Iowa, US, have discovered a new bacterium that feeds on caffeine. They claim it could synthesise various drug molecules and intermediates, and might even be used to decaffeinate coffee waste to use as a feedstock for biofuel production.

’We were looking for some form of caffeine-degrading bacterium as we were looking to develop a diagnostic dipstick test for caffeine,’ explains researcher Ryan Summers, who presented his work at this week’s American Society for Microbiology meeting in New Orleans, US. They took a soil sample from a flowerbed outside the lab, cultured it, and found it contained a new caffeine-eating strain of Pseudomonas putida.

Although bacteria that feed on caffeine have been isolated in the past, the mechanism was a mystery. Summers isolated three enzymes from the culture that remove caffeine’s three N-methyl groups, along with the genes that encode them. 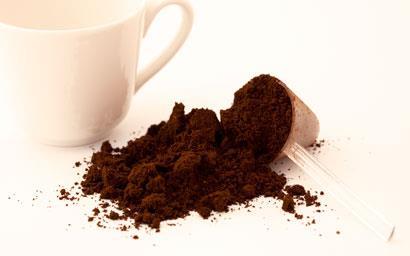 A number of drugs are derived from xanthine, the non-methylated parent compound of caffeine, notably stimulants used in heart conditions and bronchodilators to treat asthma. However, Summers says turning caffeine into these sorts of drugs is difficult because it’s hard to change the substitution on the N atoms in a controlled and specific way.

The three N-demethylase enzymes he isolated from the bacterium each remove a different one of caffeine’s N-methyl groups. ’We believe we can take caffeine, which is a very cheap feedstock, and pull off just the methyl group we want to replace,’ he says. ’This would leave that nitrogen open for us to add another substituent to.’

Nick Turner, a biotechnologist at the University of Manchester, UK, says the work is very interesting and could have practical applications. ’The specificity of each N-demethylase for a different methyl group is a beautiful example of how enzymes are able to catalyse selective transformations on their substrates, and something that would be very difficult to emulate using traditional chemical processes,’ he says. ’The ability to convert caffeine...into higher value products could be attractive to the fine chemical and pharmaceutical industries, who are increasingly interested in new low-cost biotechnologies for the manufacture of their products.’

Biodecaffeination is another potential application. ’If we could decaffeinate coffee waste, millions of tons of which is produced every year, it might be useful as a fermentation feedstock to make ethanol as a biofuel,’ Summers says. ’The waste could also be turned into animal feed in this way.’