BASF pulls out of Europe over GM hostility

German chemical giant BASF has announced that it will halt the development or commercialisation of genetically modified (GM) crops in Europe, and move its biotech R&D operations to the US. The firm cited consumer and political resistance to transgenic plants in Europe for its decision.

BASF will now concentrate its plant biotechnology activities in North and South America, and the headquarters of BASF Plant Science will be moved from Limburgerhof, Germany, to Raleigh, North Carolina, US. BASF expects that this will result in the loss of 140 jobs in Europe. 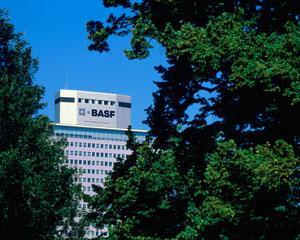 ’We are convinced that plant biotechnology is a key technology for the 21st century,’ said Stefan Marcinowski, a member of BASF’s executive board. ’However, there is still a lack of acceptance for this technology in many parts of Europe - from the majority of consumers, farmers and politicians. Therefore, it does not make business sense to continue investing in products exclusively for cultivation in this market.’

BASF’s decision was met with warnings from industry representatives and lobbyists, but celebration by others, including environmental advocates and at least one former industry insider.

Presently, only two GM crops are authorised for cultivation in the EU: MON810 maize, made by US-based Monsanto, and BASF’s Amflora potato. MON810 is only approved for sale as an animal feed and starch from Amflora is used in industrial processes. 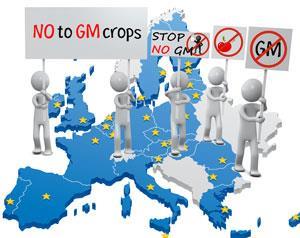 Maurice Moloney, the chief executive of Rothamsted Research in the UK, which has been engaged in GM work, said that moving the focus of crop science even further away from Europe is ’deeply regrettable’. Such a move will ’make innovative new technologies, including but not limited to GM, less available to European producers and consumers and carries the risk of denying them access to crops and foods with health and environmental benefits,’ he added.

BASF’s decision is likely to adversely affect Europe’s economic growth and food supply, Moloney warned. ’It is ironic that much of the science that created modern biotechnology came from Europe and yet Europeans have been deprived of the environmental benefits such as the reduction of the use of pesticides and improved soil quality as well as the more obvious economic benefits of cheaper food and agricultural products,’ he said.

In addition, Alan Dewar, an independent entomologist who directs Dewar Crop Protection and used to be head of entomology at a division of Rothamsted Research, called BASF’s decision to quit Europe ’indicative of the ever increasing isolation that European scientists find themselves in’. Dewar highlighted ’inadequate sentences’ handed down by judges in several European countries to protestors who have been ’caught red-handed’ destroying GM field trials, saying it is not surprising that biotech crop research has stalled in Europe.

But Ignacio Chapela, a microbial ecology professor at the University of California, Berkeley and senior researcher with the Centre for Biosafety in Norway, says that genetically modified organisms have been overhyped and that the industry needs to be significantly trimmed down.

’The size of the GMO market should be much smaller, but it is being promoted very strongly with the full force of the US government,’ Chapela says, who formerly worked for Swiss firm Sandoz, Sygenta’s predecessor, developing new agrichemicals. He says much publicised claims that GM crops would cut levels of herbicides and insecticides in the food chain have failed to materialise and, in fact, many of these products have led to more of both.

The environmental group Friends of the Earth (FoE) Europe also celebrated BASF’s announcement. ’This is another nail in the coffin for genetically modified foods in Europe,’ said Adrian Bebb, agrofuels campaign coordinator for FoE Europe. ’This is a good day for consumers and farmers and opens the door for the European Union to shift Europe to greener and more publicly acceptable farming.’